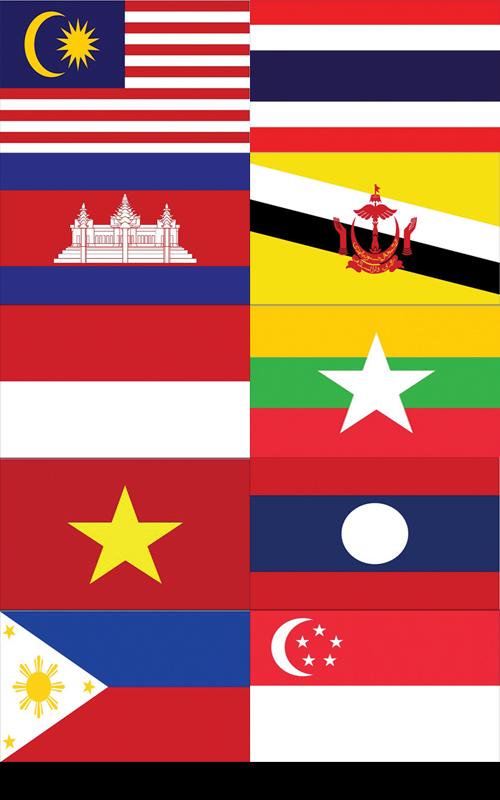 PHUKET: In 2015, the 10 member states of the Association of Southeast Asian Nations (Asean) – Thailand, Indonesia, Malaysia, the Philippines, Singapore, Brunei, Myanmar, Cambodia, Laos and Vietnam – will formally integrate their economies as part of the Asean Economic Community (AEC) initiative.

The AEC will be similar to the European Economic community (EEC) where participating countries aim to develop and maintain a single, unified production base and market.

According to the AEC blueprint, the region will enjoy a free flow of goods, services, investment, capital, and skilled labor, as to become a competitive economic region, have equitable economic development and integrate into the global economy.

Under this integrated framework, Asean citizens working in seven fields will be eligible to pursue employment and investment opportunities throughout the Asean region.

With less than a year and a half to go, many unskilled and/or under-qualified Thais are concerned about their future prospects – after all, Thais have a general disadvantage when compared to their counterparts in neighboring countries, particularly in terms of English language ability.

But the question remains – Is it hopeless or hopeful for the Thai population?

“Joining the AEC in 2015 will bring both positive and negative effects, but Thai people should not be afraid,” insists Prakong Rakwong, chief of the Phuket Provincial Commerce Office.

“Some career paths will be more advantageous while others will be less. Anyway, we need to grow up and face reality. Our economy has to grow up, we can’t just trade with our own domestic markets,” he said.

“All we need to do is to prepare our people by providing some necessary knowledge about trading within the AEC,” he added.

The AEC will soon make it easier for investment, facilitating the free flow of products, services and labor among Asean countries.

For example, there will be no tax on certain imports, with exceptions for products placed on sensitive lists, which can be taxed between zero and five per cent.

These products vary from country to country, for example, in Thailand there will be four kinds of sensitive items – cut flowers, potatoes, coffee and copra.

Thailand is a major hub for tourism in the Asean region and Phuket itself is a very popular destination with many attractions. As such, it is expected that in 2015 there will be many more tourists coming to Thailand and Phuket, largely people from neighboring Asean countries.

It is also expected that Thailand, and Phuket in particular will see a major influx of foreign labor seeking work in the hospitality and construction industries.

Phuket Chamber of Commerce secretary, Surachai Chaiwat told the Gazette that most tourists from Asean member countries will probably go to Bangkok because it’s Thailand’s capital city and because Phuket is an expensive city.

“Probably, more people who speak good English will come to Phuket for work,” he says.

“Phuket’s economy is already over and beyond AEC. In fact, it is an international city. Phuket itself contributes 30 per cent [about 200-300 billion baht] of Thailand’s gross income from tourism, about 700-800bn baht last year”.

“In the future when the airport expansion [project] is finished, there will be 12-20 million people flying in to Phuket, up from 7-8 million tourists currently. These numbers show that we do not have enough workers to serve the tourists, so Phuket, indeed, will need more workers.

“At the same time, it’s crucial to develop our people skills to be ready for AEC,” he added.

After AEC becomes effective, trade in the tourism, transportation and the car industry is expected to increase by approximately 25 per cent.

The agriculture, construction and textile industries may feel the effects, because Thailand’s production base may be moved to other countries which have lower wages.

In fact, for many large Thai businesses that aren’t dependent on high-skill labor, such as those in the textile industry, it is only inevitable that their production lines will look to source the cheapest, unskilled labor available.

President of the Real Estate Sales and Marketing Association of Thailand, Dr Pairote Sukjan said that labor will definitely be an issue for Thailand in the AEC.

“Thailand’s minimum wage rate is quite high at 300 baht per day. And so, we attract outsiders to come to work in Thailand.

“But as Thailand has never been colonized – unlike Malaysia, Singapore, or Myanmar – many Thai people don’t speak very good English and that can be a big problem for them,” he concluded.