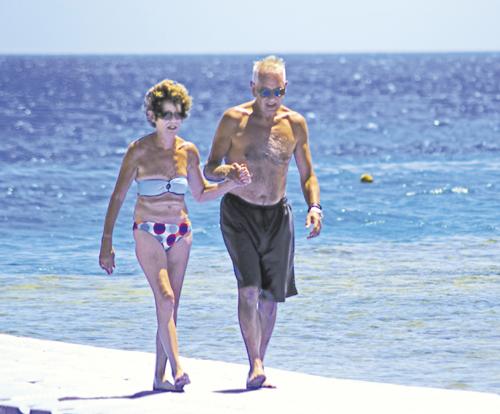 PHUKET: With the recent release of the draft finance bill for 2013, the UK government has eased worries of the QROPS (Qualified Recognized Overseas Pension Schemes) industry that new legislation might close down the market.

Last year, offshore pension providers were quite shocked when HMRC (Her Majesty’s Revenue and Customs) removed overnight the ability of expat retirees to transfer their pensions to Guernsey, which had been at the forefront of the offshore pension transfer industry.

There have been some minor changes in this year’s bill – mainly dealing with reporting requirements in the event that a pension scheme should no longer be a QROPS in the future – but overall it is seen as a positive nod from the government that they aren’t going to close down the market.

Many retirees were worried that their right to transfer a pension to a jurisdiction other than the one they reside in, might be legislated away. Obviously, this would be a huge blow to anyone planning to retire in Thailand, as there is no qualifying scheme administered from this country.

However, one needs to ensure that the benefits outweigh the costs, and many smaller pensions are simply not worth transferring. HMRC has been proactive in giving warning to advisors who do not provide accurate advice in this area, even going so far as threatening to seek hefty fines from companies that falsely claim to be specialists.

For instance, even with our firm’s FSA (Financial Services Authority of the UK) regulated branch, which has staff holding specialist qualifications for pensions and taxation, we have been advised by counsel to refrain from use of the word “specialist” despite the number of successful transfers we have completed.

That being said, I would make sure any company advising you on the transfer of your UK pension would be regulated within the UK and hold the required qualifications to give the proper exit advice. Keep in mind that as far as Thailand goes, regardless of what qualifications an advisor holds in other jurisdictions, their advice in this country is not regulated by those agencies.

While there is no guarantee the HMRC will not do a 180 degree turn next year, it is good to know that for now expats retiring to countries such as Thailand will be able to move their pensions to a safe jurisdiction and potentially save a fortune in taxes. The larger the pension is, generally speaking, the larger the potential tax bracket and thus the greater the potential benefits from moving the pension offshore.

David Mayes MBA lives in Phuket and provides wealth management services to expats around the globe, focusing on UK pension transfers. He also runs Humble Asset Management, a British Virgin Islands based alternative investment fund. He can be reached at david.m@faramond.com or 085-335-8573.

Phuket Business: MICE to bring in “the cheese’