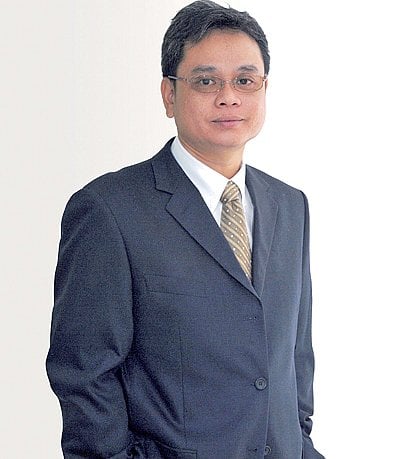 PHUKET: The local work force and overall economy of Phuket stand to benefit from the ensuing boom in real estate, an executive of a major real estate developer has said.

Speaking exclusively with the Phuket Gazette, Suriya Wannabuit, Executive Vice President of the Project Management and Marketing Department of Sansiri Pcl, shared his thoughts about the local economy.

“Locals don’t tend to seek work in the construction sector. But that’s not to say I would turn them away if they wanted to,” he said.

“However, Phuket’s resident workforce tends to be more oriented towards Small and Medium Enterprises (SMEs). That said, one cannot underestimate the high ‘multiplier effect’ that real estate has on the job market, which is higher than other industries,” he elaborates.

Starting with lending at banks, the economic benefits go on to branch out well beyond the construction site, he said.

Like other provinces, Phuket has advantages and disadvantages, but Mr Suriya believes that its strengths provide an ideal platform for stable economic growth.

“Phuket is special because its economy is less dependent on the overall economy of Thailand. Capital from around the world flows into the province directly, not just through domestic channels. When tourism flourishes on the global scale, Phuket’s service sector thrives. And as long as negative impacts are minimized on the local economy, then the service and labor sectors will continue on the upward trend,” he explained.

“A stable economy will continue to draw more people to Phuket for employment. This particular segment of young working class people is growing, and many of Sansiri’s projects have been designed with this segment in mind,” he added.

He went on to address other limitations of Phuket. “One of the biggest hurdles developers face here is the limited, and thus soaring, price of land. In addition to limited land, local [blue collar] labor and materials are in shortage and thus are mostly imported from elsewhere. This causes base costs to be higher here than other places, such as Bangkok,” he said.

Indeed, all these factors make it difficult for most firms to achieve a favorable turnover in Phuket. Therefore, any successful operation requires close attention to details.

This is one specialty of Sansiri – small details.

“I’d prefer to let our reputation and product speak for themselves. Those who are familiar with our previous projects can attest to the superior quality. Time will tell, and I’m confident that by the end of this year, Sansiri will be able to live up to its name in Phuket,” he said.

Sansiri is launching three new projects in Phuket this year, with a combined value of 2 billion baht.