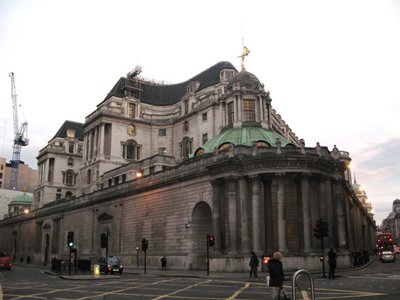 Although UK house prices are expected to make a steady recovery over the next few years and investors who dipped their toes at the right time to make a healthy profit from this, there is a threat.

Interest rates in the UK have remained at an historic low, but some major banks are beginning to increase lending rates, and this is bad news for many UK home owners.

The Bank of England (BoE) Base Rate hasn’t changed. It’s still at 0.5%. In fact, the central bank’s most recent move was to loosen monetary policy with another round of quantitative easing. There are no indications that the BoE will raise interest rates anytime soon, so why are the private sector banks starting the raise mortgage rates?

According to the website thisismoney.co.uk, roughly 850,000 borrowers will see their payments rise.

Santander and RBS/Natwest have raised some of their rates, too. And what’s significant here – for now, at least – isn’t the amount of money: It’s the direction of the rate change.

We have to remember that the BoE Base rate is incidental. What matters is how much banks charge to lend money. It has become more expensive for banks to raise money in the wholesale markets in recent months, although it has eased off in recent weeks. It’s also getting more expensive to raise money from savers. Fed up with inflation eating their cash savings, people are increasingly investing, rather than saving.

That’s risky of course, but it’s a direct result of BoE policy. People are doing what the Bank wants them to do. The trouble is, once savers have made that psychological jump, it means banks have to work harder to attract them back.

One particular line that banks like to use in situations like this is, “We are just passing the costs on.” Rubbish. Banks have to make a profit, too. As Halifax had one of the lower SVRs, this move merely brought it more in line with its rivals. So it makes sense, from the bank’s point of view, to improve its margins where the market will bear it.

This makes life a little harder for marginal customers. Many customers would have stayed on the marginal rates, pretty much because they can’t afford to go anywhere else.

Some reports suggest that as many as one in six borrowers regularly have problems meeting their payments. So this could be the final straw for some, especially if unemployment continues to rise. House repossessions in the UK in 2011 were just above 36,000 and I expect this number to rise.

Over the longer term, property seems to be a good investment as mortgages become more expensive and those all important first steps on the housing ladder become harder and harder. This all bodes well for the rental market.

If you own a home in the UK and you are on a standard variable rate, don’t be shocked if your mortgage payments become a little bit more expensive.

Anthony Lyman is a Senior Financial Consultant for the Montpelier Group, for more information Alyman@MontpelierGroup.com.