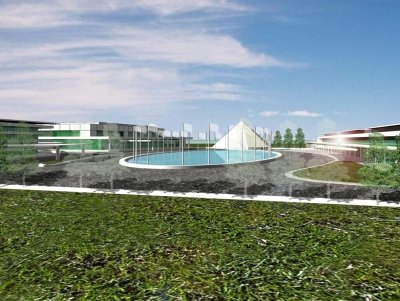 PHUKET: The emergence of the ASEAN Economic Community (AEC) and the opening-up of neighboring Burma will generate more high-yield visitors for Phuket and Thailand in general, delegates attending a recent tourism industry conference were told.

Emerging opportunities, as well as accompanying challenges, were the primary topics of discussion at the first Thailand MICE International Forum (TMIF) held in Bangkok on June 21.

For the layman, the term “MICE” is a popular tourism-industry acronym derived from Meetings, Incentives, Conventions and Exhibitions, an important segment of the overall tourism market.

The MICE industry is one of the fastest growing segments within the tourism industry, generating millions in revenues for cities and countries. It is the most important component of Thailand’s visitor mix because of the high-spending visitors it generates, according to the Tourism Authority of Thailand (TAT).

According to Sumate Sudasna, who heads the Thailand Incentive and Convention Association, foreign MICE arrivals to Thailand totaled 820,224 in 2011, while domestic MICE visitors totaled 1.9 million arrivals. The TAT is projecting a 10% increase in overall arrivals for 2012.

Thai Exhibition Association President Pravit Sribanditmongkol told the gathering that Thailand’s exhibition sector has been growing from strength to strength.

“With world-class exhibition and convention centers in Bangkok and other major cities in Thailand, as well as international-standard professional service providers, we are certain that Thailand will be one of the most promising gateways for exhibition industry professionals to expand into ASEAN and other parts of Asia,” he said.

“The conglomeration of ASEAN Economic Community in 2015 is foreseen to attract more events to ASEAN. European organizers are launching more mergers and acquisitions of local organizers as well as replicating some of their own events in ASEAN, with Thailand being among their most-favored markets.”

Mr Liu noted that Thailand also has a major demographic and industrial advantage, excellent infrastructure, competitive costs and excellent service standards. It also has a high level of expertise in organizing industry-specific exhibitions such as those catering to the tourism, energy, agriculture and automotive sectors.

Mr M. Gandhi, of exhibition multinational UBM Asia [Thailand], said that the opening of Burma would also see more businesses from that country coming to attend exhibitions in Thailand, both as buyers and sellers.

Burma lacked both the hardware and software to develop its MICE industry, and thus would need to rely on help from neighbors, such as Thailand, for many years into the future, he said.

Delegates highlighted Thailand’s numerous advantages, including the transportation links of the Asian Highway network that will criss-cross through Thailand, linking Singapore and Malaysia to Laos, and Vietnam to Burms, according to a TAT release.

Despite two decades of talk and numerous studies, Phuket still does not have a world -class conference and exhibition center.

The latest effort, to build a 2.6-billion-baht center in Mai Khao, is still on hold. Its Environmental Impact Assessment (EIA) was rejected by the Office of Natural Resources and Environmental Policy and Planning (ONEP) last year on both economic and environmental grounds.

The largest MICE event ever held in Phuket took place earlier this year, when 18,000 delegates from AMWAY China were hosted by the Laguna Phuket resort complex in Cherng Talay. The delegates came in waves throughout April, pumping an estimated 2.5 million baht into the local economy.

Phuket Business: Why Facebook was never a sure thing