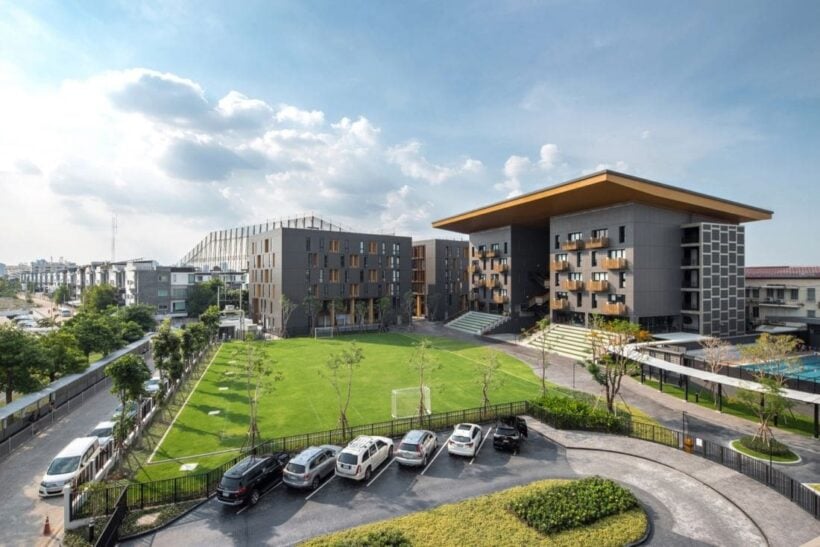 Trading in the shares of SISB Company Limited, the manager of the Singapore International School, begins today in the SET’s (Stock Exchange of Thailand) Market for Alternative Investment.

The Education Minister Teerakiat Jareonsettasin says that although the move does not violate the Private School Act 2007, there was a question of ethics.

The Minister has assigned a legal team to look up laws and regulations in a bid to stop SISB from becoming the first education business to list on the Stock Exchange of Thailand (SET), believing it will set an unethical milestone.

The minister said in his personal view an educational institute gets a tax waiver so its move to raise funds to obtain more profits without paying tax raises the question of ethics.

“The act of entering the SET is obviously to seek more profits. If this is what’s happening, should the Finance Ministry start to collect tax? This can have a widespread impact and the related law must be reviewed.

“Even if the move is legal, it still might be unethical and against the ideology of the country’s educational management,” he said.

Teerakiat said he had discussed this with the International Schools Association of Thailand, seeking its help to find a solution. He said he would consult the Securities and Exchange Commission (SEC) for clarity and, if such move were seen as a way to make profit from the education business, he would discuss with the Finance Ministry about levying tax.

Teerakiat admitted that his attempt to stop SISB from listing on the SET might not yield immediate result, but he would do his utmost to block such a move or others may also follow suit.

The Office of the Private Education Commission (OPEC) secretary-general, Chalam Attham, meanwhile, said his office would ask the SEC to review its decision to list SISB on the SET. He said Article 22 of the Private Schools Act 2007 had set two conditions for companies running schools in regard to the number of shares and the stockholders.

He said the OPEC is willing to offer the information for the SEC’s consideration.

SEC secretary-general Rapee Sucharitakul earlier yesterday affirmed that it was not illegal for SISB to register with SET, as the OPEC, which is in charge of private schools, had told his agency before it approved SISB’s listing that there was no regulation to prohibit the move.

Rapee said all businesses – including the private school business – required investments for improvement hence they have to raise funds in some way. Listing on the SET to raise funds from the public was a method with low cost, he said.

“Whether the school will then charge high tuition fees will be a question that the supervising agency will have to deal with,” Rapee added.

The campuses, adopting Singaporean and British curricula, currently have 2,274 students in total.