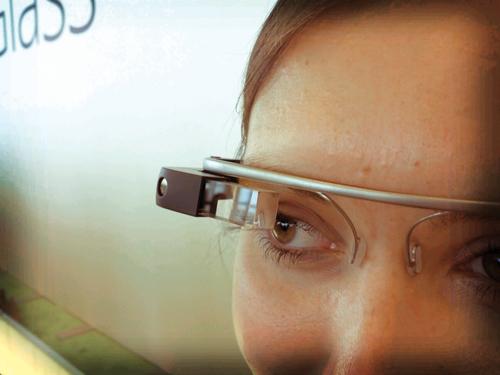 PHUKET: By the time the Christmas holidays roll around this year, I’ll have one of the first sets of Google Glass in Thailand. Imagine being able to walk our beautiful beaches here in Phuket and capture the sights, sounds and experiences hands-free. That’s what Google Glass will allow me to do and most people here won’t even realize that my ‘glasses’ can do everything my smartphone can do.

Google is getting ready to launch Google Glass sooner than expected. The launch was previously expected in 2014, but company CEO Sergey Brin has now publicly moved the launch to later this year.

At the Technology, Entertainment, Design (TED) 2013 Conference last month, Brin performed a live demonstration of Google Glass. He said the product launch will occur just in time for the Christmas holiday shopping season.

The ‘glass’ field looks to be a competitive arena and Google is securing first-mover advantage. Other companies have filed patents indicating that they are developing a similar product. Microsoft, Apple, Blackberry, Samsung and Sony are all rumored to be developing their own glass product. All these companies see the ‘glass’ market as the next big market after the mobile handset and smart phone device category.

With Google Glass, the user has a wearable computer that has the same features as a smartphone. Everything is visible through the head mounted display. The first demos that have been seen appear to look like regular eyeglasses. There’s even speculation that one day the Google Glass can be fitted with prescription lenses.

Google Glass will operate via voice commands. If I want to take a picture or record a video, I just say ‘take picture’ or ‘record video’. One of the most exciting aspects is that I can share what I’m currently seeing with anyone I want to via a Google Hangout or through Google+ or Gmail.

How many awesome sunsets or sunrises have we seen here in Phuket? I can record the sunset or sunrise and shoot the live video and invite my friends to view it with me and see what I’m seeing with Google Glass. So what I’ll be doing is viewing the scene, recording it and talking to my friends at the same time as we all watch it. It’ll be like having them with me.

For me the most exciting and functional aspect to Google Glass, is the ability to incorporate directions and maps visually. I’ve always wondered why Google spent so much time and money with Google Street View and mapping the entire world. Now I know why. With Google Glass, you can ask for directions and it will give them to you in Google Glass. Now when you’re driving or walking, you have the directions right in front of you completely hands-free.

Google has effectively bundled all of their services into a usable wearable computer. If you want to Google something, just ask and the answer will show up in Google Glass. If I need to translate something into Thai, I just ask Google Glass and I get the translation and pronunciation. As all of us expats know living here in Thailand, this feature alone is priceless and makes Google Glass worthwhile.

The glasses themselves are strong and light. Colors that will be available available include charcoal, tangerine, shale, cotton and sky. Recently Google CEO Larry Page went on the New York City subway wearing the glasses and most people failed to recognize that he was wearing Google Glasses.

The deeper I delve into the Google Glass product, the more excited I get about the stock. Google’s stock continues to make new highs and the stock is up 16% so far this year and up 45% since June 2012. Most analysts price targets for Google now range from $900 to $1000.

The company has a forward P/E of 15 and that’s still very cheap for a growth company. Google has an operating margin of 26%, which is one of the highest in the industry. Google has over $48 billion in cash on its balance sheet, or $145 per share.

The momentum players see a compelling valuation and a company with tremendous growth prospects. The creation of the Google Glass product is truly revolutionary.

Technologists have been wanting to create a wearable computer for the past 50 years, but none have been able to do it and develop a commercial product. Google looks to have done that and that’s why I’m not only buying Google Glass, but also buying Google stock.

10 Cool Things you can do with Google Glass

• Take pictures.
• Access Google Hangout.
• Record a video and share it with others in real time.
• Pop up a reminder for your next appointment.
• Current weather report.
• Dictate texts and messages to friends and family using Google’s cloud-based speech recognition.
• Travel alerts.
• Access Google Maps and get directions.
• Translate signs into your own language.
• Navigate inside buildings.

A glass of wheatgrass if you please