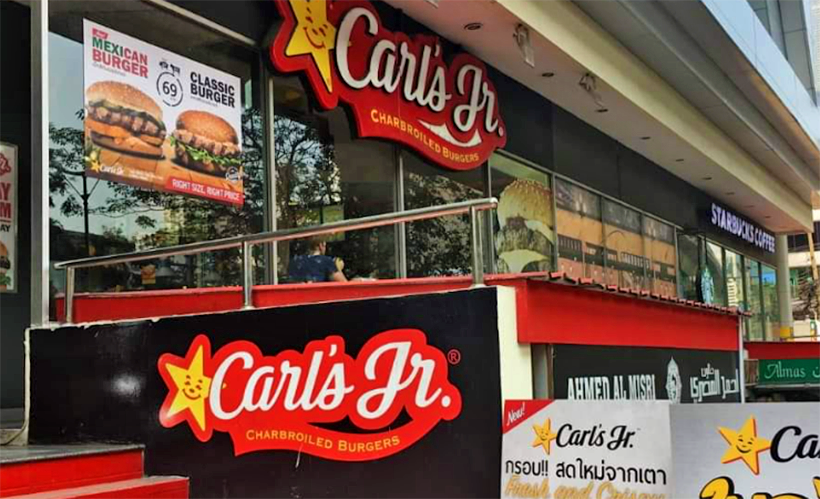 Carl’s Jr. is planning to close all 6 of their locations in Thailand by the end of March. The local owners of the burger chain, R&R Restaurant Group, says they are no longer able to carry the losses and costs of operating the fast food chain. The chain first opened in Thailand in 2012 with its first store in Pattaya in Central Festival.

“We tried to get through it during the second half of 2021.”

Back in 2016, CKE, the parent company of Carl’s Jr, had a total of 3,664 franchised or company-operated restaurants in 44 states across the US as well as 38 foreign countries and US territories.

The Thai operators say that it wasn’t just the local conditions and restrictions which caused them to close.

“We were forced to import our ingredients solely from the US due to the restrictions imposed by CKE Restaurants Holdings.”

The burger chain opened its first branch in Thailand in 2012 at Central Festival Pattaya Beach. Last week A&W announced they were closing all stores in Thailand, for good, following poor business over the past 2 years, closing their 26 outlets.

ExpatPattaya
After 100's of privately owned businesses have failed in Pattaya over the last 2 years, we are supposed to be sad for losing a fast food chain from America. Yes Thai jobs will be lost and that is of course…
Sarisin
Good news, the less outlets selling dead animals the better

Augratin
Kind of a shame as the Thais don't know much about making burgers. They prefer to use grade-M beef that is full of gristle and who knows what else. Then they squash the hell out of them as they grill.…

Thommo
16 hours ago, DoUKnowWhoIAm said: Never tried them, are they any good? IMO the best of the 3 big brands
Marc26
37 minutes ago, Augratin said: Kind of a shame as the Thais don't know much about making burgers. They prefer to use grade-M beef that is full of gristle and who knows what else. Then they squash the hell out…