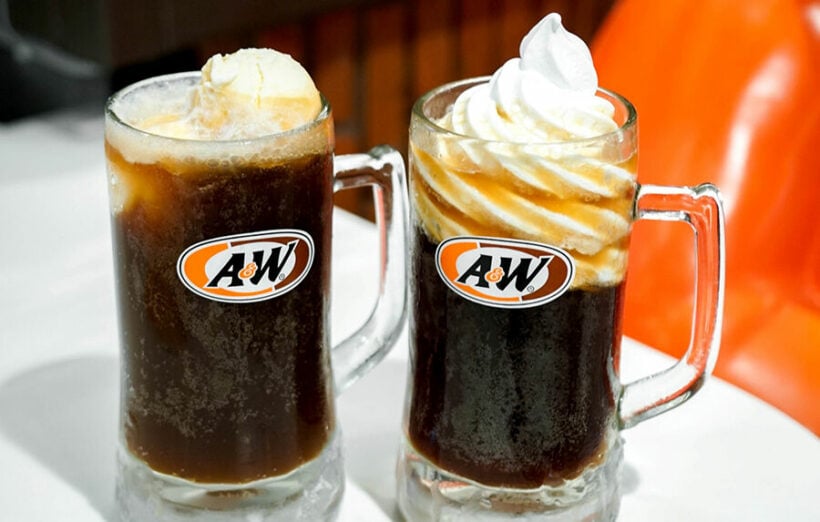 The American fast-food giant A&W looks set to close all 26 branches in Thailand as the economic fallout of Covid-19 takes its toll. According to a Nation Thailand report, Global Consumer Plc, which owns the Thai franchise, is seeking board approval to close all branches in the kingdom.

Global Consumer’s annual report shows that last year alone, A&W outlets in Thailand suffered losses of over 70 million baht. Multiple lockdowns and the changing behaviour of customers are being blamed for the losses, with most branches located in shopping centres that were shuttered for much of the pandemic.

However, according to a Nation Thailand source, there are 3 large food chains in talks with Global Consumer about purchasing the A&W franchise. The deal is thought to be worth around 500 million baht and could be finalised this month.

The A&W fast-food chain started life as a roadside shack in the city of Lodi, California in 2019. Its famous root beer was concocted for the first time on a hot dog cart during a parade. The shack became a restaurant in 1923, with the first branch opening in Sacramento, and by 1926, A&W had quickly grown into a franchise. The chain now has around 1,000 branches worldwide and opened its first Thai outlet in the Central Ladprao shopping mall in 1983.

In related news, mounting losses have driven the board of Global Consumer Plc to approve the sale of the 2 remaining outlets of Kitchen Plus Restaurant and Coffee Corner.

JJJ
Just wondering if any Thaiger writers take any time to review their articles before publishing: “The A&W fast-food chain started life as a roadside shack in the city of Lodi, California in 2019. Its famous root beer was concocted for the…
Rebel
Guess we ain't seen nothing yet. Things will be though here.
Pompies
No loss. Thankfully one less place where Thai children can consume unhealthy drinks and foods.

ThaiEyes
34 minutes ago, Pompies said: No loss. Thankfully one less place where Thai children can consume unhealthy drinks and foods. Plenty of places exist for that. Schoolchildren can’t wait to get out of class to consume kanom treats just outside…

Transam
1 minute ago, ThaiEyes said: Plenty of places exist for that. Schoolchildren can’t wait to get out of class to consume kanom treats just outside their school 😕 Yes, reminds me of when I was a kid, especially the internal…