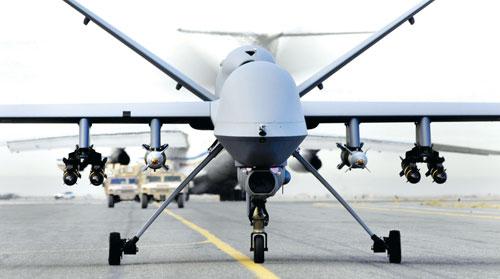 PHUKET: There is much wrong with our world unfortunately. I am guessing this is not news to most of you, and the corporate profit motive is widely accepted as being a major cause of many of the modern world’s largest problems. I am often asked by clients how they can invest in the markets without inadvertently supporting or contributing to practices which would conflict with their sense of right and wrong.

The CEO of Nestle recently found himself in hot water for making a video in which he argues for privatization of the world’s water supply. Monsanto is facing a mounting reaction worldwide against genetically modified organisms, and Goldman Sachs is so interwoven with politics that it has come to be nicknamed “Government Sachs”.

Their stock is actually trading at less than ten times earnings at the time of this writing, and I expect the stock to be an even bigger value buy come the next market crash. This begs the question, ‘Is it ethical to seek profits from investing in the same companies we might very self-righteously blame blame for all of the ills of the world when we meet up with friends and colleagues for some Friday night cocktails.

I am not saying that any of the above mentioned companies are in fact unethical; I will leave it up to you to come to your own conclusions on that. In fact, many positive contributions by big companies are often overlooked as soon as they make one slip-up.

Still, the fact of the matter is that many of the largest corporations on the planet do have a profit motive to do things like try to convince Washington to drop bombs on other countries so that they will receive the contract to either replace those bombs or rebuild that which was destroyed.

While we all hope that those in decision making roles and holding political influence would have enough humanity within themselves to do the right thing when a conflict of interest arises between morality and opportunities for profit, there are no doubt instances where greed wins out.

That is unfortunately the world we live in, and it is so interconnected that if you invest in “the indexes”, for instance the S&P 500, the FTSE 100, or the DAX, you will no doubt end up holding some companies whose practices you don’t agree with.

Many would argue that you should avoid investing in these companies. Indeed, you could look at the sector allocation of an index and reproduce it in your portfolio, excluding any companies whose practices you do not agree with, or even certain sectors as a whole (the inner hippie in me finds the thought of investing in a company which makes bombs or drone technology very unpalatable).

The end result to your portfolio’s performance is that it is likely to underperform, unless you or your advisor happen to have better stock picking abilities than the average Wall Street analyst, who in a very famous study was beaten by some dart throwing monkeys. You may of course get lucky and over-perform as well, but I think in general this is the wrong approach.

Shareholder activism is much more likely to have a positive impact on the world. If you invest in a company, theoretically you have some sort of a say in things. I doubt Monsanto is going to give up on GMO products because you send them a letter threatening to sell your 100 shares, but if enough investors gather together they can in fact have an influence.

Unfortunately, most investors are passive and indirect as well. You likely invest in a fund who then invests in the shares, so you are not even a registered shareholder. However, if enough investors pressured fund managers as well as other shareholders to take an active role in campaigning for companies to “take the high road” on certain issues, there could slowly be a change in corporate cultures that have somewhere along the way become dominated by greed.

Maybe I am too optimistic, but I believe if change is going to come from anywhere, this is where it needs to be. The leading multinational companies of the world are so entrenched that I find it hard to believe they will be unseated by a band of “righteous start-ups”. They are here to stay, but that doesn’t mean their collective shareholders can’t guide them onto the path of becoming part of the solution.

David Mayes MBA resides in Phuket and provides wealth management services to expats around the globe, focusing on UK pension transfers. Faramond UK is regulated by the FCA and advises on pensions and taxation – email david.m@faramond.com or call 085-335 8573.

Protect yourself from cyber-crime – Phuket Business