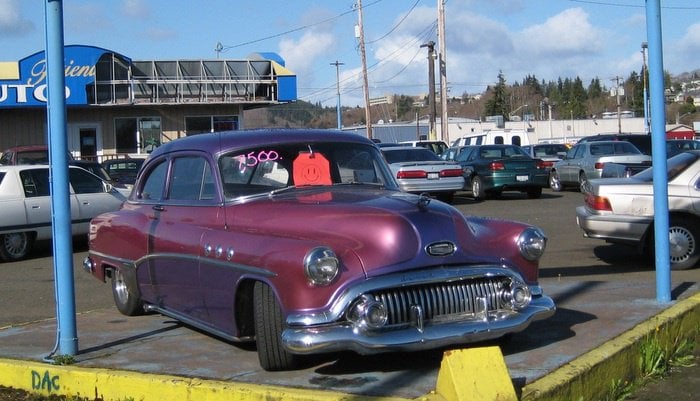 PHUKET: Each year, I head back to the US to see my mother and meet with clients. It also allows me to see how things are going. I need to do this to see if there’s any truth to the headlines I read. You know the ones I’m talking about – stocks in a bubble, economic slowdown, unemployment and so on.

From what I saw, things are humming along quite nicely. One day, I took my mother and bought her a new car at AutoNation Toyota. Across the street was a CarMax dealership, where we were able to sell her old car for cash. We did this all in one day, and the process was so quick and convenient. I asked the salesmen at both places how business was, and the response was that it’s never been better. This was evident when I looked at the shares of AutoNation and CarMax. CarMax shares have risen more than 40% in the past year and AutoNation’s have risen by more than 20%.

One factor driving automobile sales is lower gas prices. Lower gas prices are an instant pay raise for the US consumer. That’s why both AutoNation and CarMax are busy. Analysts expect automobile sales to rise 2.6% next year to 17 million vehicles. The average transaction price is expected to increase 2.4% to US$32,589.

Both companies are outperforming their competitors. They have sought to take the haggling aspect out of buying a new or used car. Their focus is on rock-bottom prices and moving inventory. They’re not like the typical car dealer where you spend all day at the dealership trying to get the price down. By having a limited markup, they sell more cars and make their money in the service department. It’s a sound business model and it works.

What I like about both companies is that there’s plenty of room for growth. AutoNation operates in only 15 states. CarMax has just 131 used-car lot locations and aims to open 10 to 15 new ones each year. I don’t know about you, but I like the idea of owning a company expanding by 10% a year.

It’s not just the consumer driving the US economy, but businesses as well. US corporations have made record profits. A lot of this money is going on improving their IT backbone and infrastructure. Two companies that are really benefiting from this trend are Oracle and Red Hat.

Of the two, I like Oracle. Oracle was founded by Larry Ellison, who is now the third richest man in America with a net worth of more than US$55 billion. He serves as the company’s chief visionary, while Co-CEOs Safra Catz and Mark Hurd run the day-to-day operations. Mark Hurd was the former CEO of Hewlett-Packard and is considered one of the sharpest managers in tech. Safra Catz has worked with Larry Ellison since 1999.

You know, many investors fail to look at management when it comes to investing. Warren Buffett has famously said that he would rather own a poor business with good management than a great business with bad management. Oracle has one of the best management teams in the world and the results speak for themselves.

Last month, shares of Oracle jumped more than 10% after a strong earnings report. Oracle expects revenues to come in strong for the next quarter and shares look to be setting up for another bull run. This optimism has traders, investors and big institutions looking for a sure thing. A business making consistent profits, like Oracle is, will keep making new highs.

It’s not just investors buying shares of Oracle, but also Oracle itself. Every three months, Oracle is spending about US$2bn buying back its own shares. This takes shares out of the market and helps drive earnings per share.

CarMax and Oracle both have strong businesses and make plenty of money. As a result, their share prices keep going higher. As I tell my clients, it’s much easier to buy a stock that’s going up versus a stock that’s going down. It may sound simple, but you’ll be amazed at how many don’t follow this advice and instead buy companies at 52-week lows. What most fail to realize is that the reason those stocks are at new lows is because their business is broken. Margins have been squeezed and competitors have eaten their profits.

Don’t make these classic mistakes. The trend is your friend, so don’t fight it. Instead, give me a call and let’s talk about how you can profit in 2015.

Don Freeman is president of Freeman Capital Management, an independent US Registered Investment Advisor. He has over 20 years experience and provides personal financial planning and wealth management to expatriates. Specializing in UK and US pension transfers. Call 089-970-5795 or email: freemancapital@gmail.com.