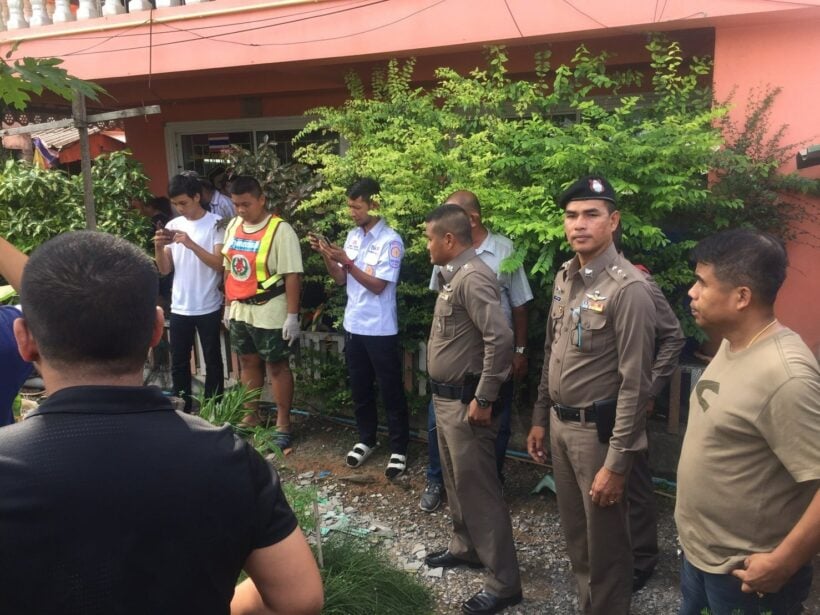 A Burmese national killed another Myanmar man saying that he “was angry that his father was slapped on the face” yesterday (June 10).

Phuket City Police were notified of an incident at a rented property in Rassada yesterday afternoon.

Police and rescue workers arrived at the scene to find the body of a 37 year old La, a Burmese national lying face up on the ground.  Stab wounds were found around his neck, chest and body. He was covered in blood. His body was taken to Vachira Hospital.

Nearby they found 34 year old Chit Thein, a Burmese national, was waiting for police at the scene. Scratch wounds were found on his right leg. Police seized a 12 inch bayonet/knife tool.

Chit Thien was taken to the Phuket City Police Station where he was charged with murder by inflicting injury upon another person.