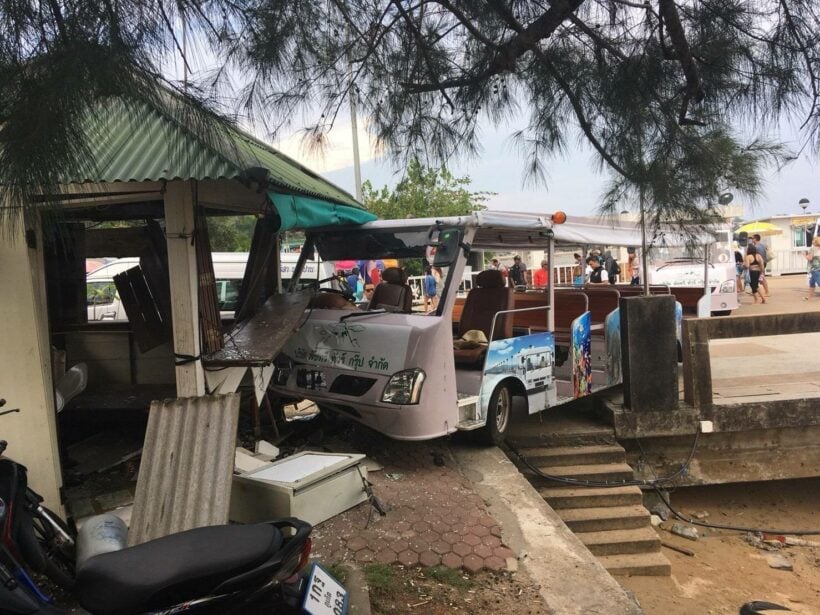 A buggy with passengers crashed into Ao Po Long-tail Boat Club yesterday (January 19) resulting into 10 people being injured. All the injured are Chinese tourists who have already been sent to Thalang Hospital.

The driver, 39 year old Pongthep Lawan, said that after he picked up his passengers from the boat returning from Naka Yai Island, the buggy stopped functioning properly, couldn’t brake at the scene and drove straight into the office of the Ao Po Long-tail Boat Club.

Investigators from Thalang Police Station went to visit the injured at the hospital and spoke to the Thai tour guide, Kanchana Jai-Ngamsakul, who confirmed the same story as the driver: that the buggy’s brakes failed, resulting in the accident.

However, police continue to speak to witnesses and inspect the buggy to determine the actual cause of the accident.

It’s believed that all the tourists have been released from hospital and no one sustained serious injuries. 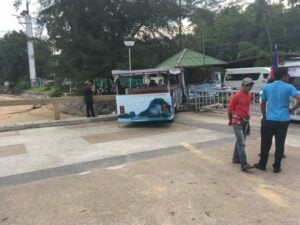 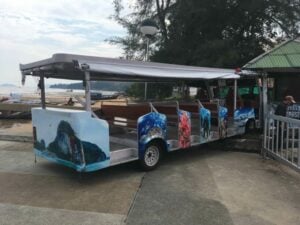 Not all cryptocurrencies are the same