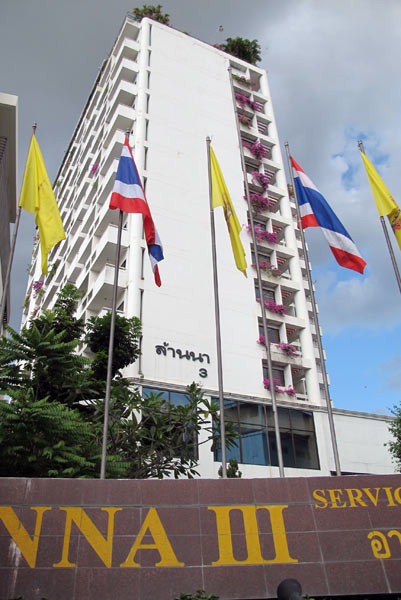 A British tourist has fallen to his death from a Chiang Mai condo last night (Sunday).
57 year old Phil Edward Miller Hardwicke died after landing on a bench next to the third-floor swimming pool at the Lanna 3 Condo on Huay Kaew road in Tambon Chang Phuak, Muang district. Horrified witnesses say he fell from the 15th floor of the condo building. There were people swimming at the pool when they saw the man fall to his death.
Condo staff have told that the man had been renting at the condo for and had lived alone there for several months.
The room was tidy and nothing appeared to have been stolen but Chang Phuak police say the room had been locked from the inside. Police also found a diary that he had written about alleged conflicts he had with his family.
The man’s body has been sent for a post mortem at Chiang Mai Hospital. The British consular office in Chiang Mai has been informed about the incident.