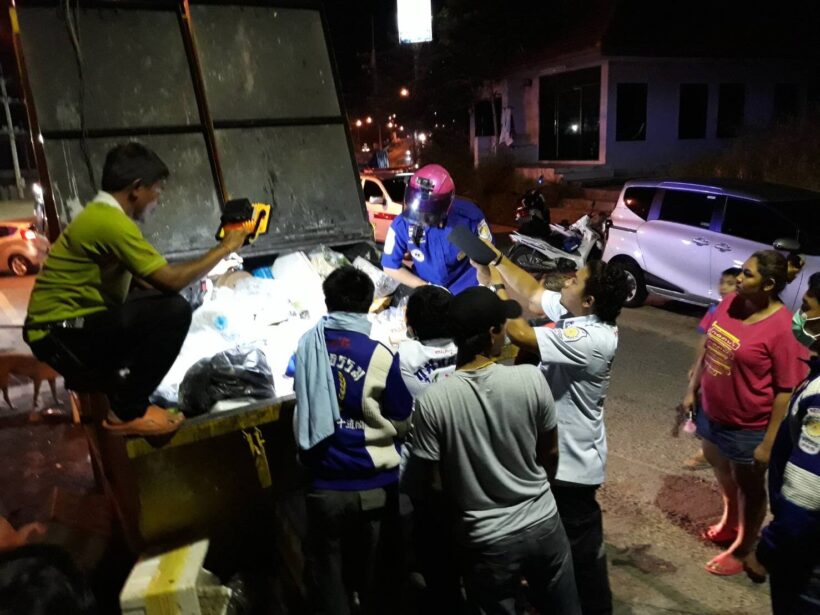 Last night (February 28), Patong police received a report about the dead body of a baby dumped in a bin in Soi Kuan Yang Charoen on Phra Baramee Road.

The bin was at the beginning of the alley near the main road.

Inside, the police and a team from Kusoldham Phuket found a transparent plastic bag containing the dead body of a baby girl with the ombilical cord still attached. The baby is believed to have died for 2 hours before they found her. The body was sent to Patong Hospital for an autopsy.

The man who first found the body was a 52 year old local, Aekkasit Sornkhao. He explained that he was collecting trash from the bin and while he was going through the trash, he found the body in the plastic bag so he called the police.

The police are still checking the CCTV camera near the scene and are trying to contact the local hospitals to check the pre-natal clinic records.