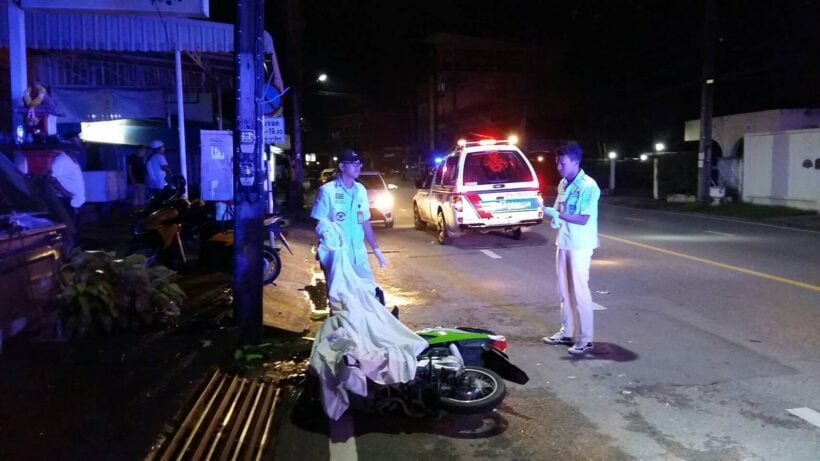 At about 2 am this morning (November 1), Phuket police got a report of a bike crash on Chaofa East Road, just before the Dowroong Wittaya School intersection, where an Asian woman died instantly.

At the scene, police found the damaged motorbike on the street with the rider, 31 year old Zhang Qimei, a tourist from China who appears to have lost control when turning at a curve and hit an electric pole.

Her body was sent to Vachira Phuket Hospital for an autopsy and the Consulate contacted.

‘Toon’ takes off on epic run for hospitals

Celebrate the third anniversary with a spectacular brunch at Kata Rocks