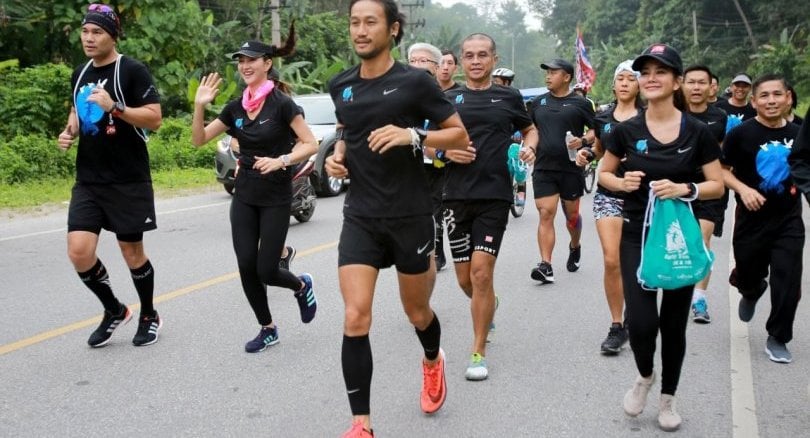 Rock star Artiwara “Toon” Kongmalai started the first leg of his 2,191-kilometre run under the banner the “Kao Kon La Kao”, or “Take One Step Each”, campaign from his starting point in Yala’s Betong district on Wednesday morning.

As he and other participants started running at 6.09am from the mouth of Betong Mongkolrit Tunnel with many members of the public gathered to give encouragement as well as flowers and cash donations. Among the supporters were Fourth Army commander Lt-General Piyawat Nakwanich and Yala Governor Anuchit Trakulmuthuta, who said he had already received Bt300,000 in donations from members of the public via the Betong district office in connection with the campaign. Artiwara was to finish the first day of the run at the Toh Kusae Bridge in Yala’s Than To district, covering 50.9km.

The rock star aims to raise more than Bt700 million during the cross-country run to be donated to 11 hospitals, but the campaign has been criticised that it is only a short-term solution that will not tackle the fundamental financial problems facing hospitals.

Prior to beginning the run, Artiwara said he respected everyone’s opinions regarding the campaign and related issues, while asking people who agreed with him to help with the cause.

He added that he had practiced running “the hardest in life” to prepare and wanted to see people coming together to help as happened during his previous 400-kilometre run over 10 days, which raised more than Bt70 million for Prachuap Khiri Khan’s Bang Saphan Hospital last year.

From today (Wednesday) to December 25, Artiwara will run from Thailand’s southernmost point in Betong to the northernmost tip of the country in Chiang Rai’s Mae Sai district. 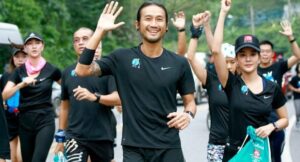 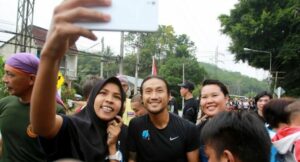