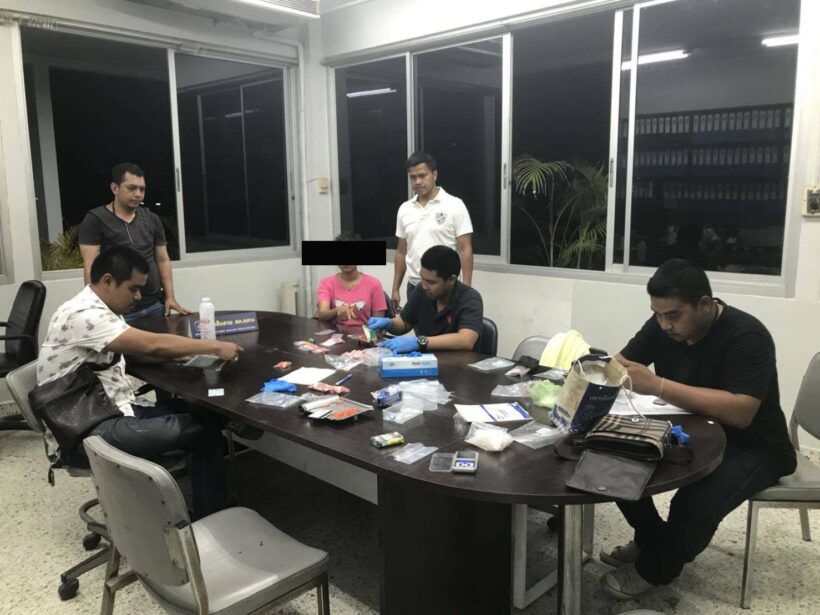 She was arrested in a house in Paklok after police received a report from undercover officers in the area that she was selling drugs to local juveniles regularly.

At the house, police found the drugs, a digital scale, zip-lock bags to separate the drugs with black, pink and brown hand bags, for a total value of about 1 million Baht.

Saowarak admitted that the drugs belonged to her and that she sells the drugs to the local people in Paklok and nearby areas.

Police revealed that her assets have also been seized, including an ATM card, a bank book, 8820 Baht in cash and a Honda MSX motorcycle.