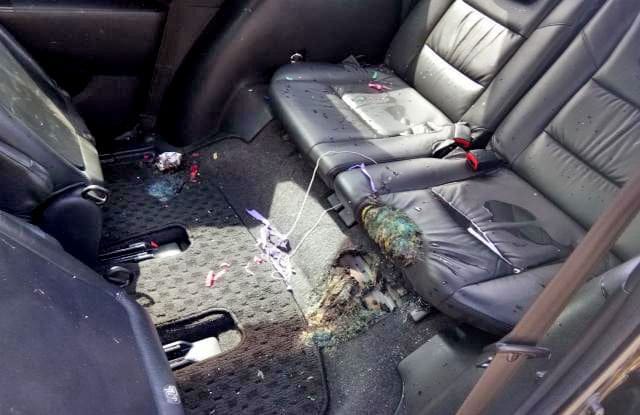 A six year old boy has been engulfed in flames and seriously injured in a hydrogen balloon accident in Nakhon Pathom, west of Bangkok.

Three people were injured on January 2 when a single hydrogen-filled party balloon exploded inside a car. The incident has prompted the Disease Control Department (DCD) to issue a warning and guidelines for reducing the risk.

Suwannachai Wattanayingcharoenchai from the DCD says it is likely to have happened because the highly flammable hydrogen was leaking from the balloon the boy was holding at the same time a cell-phone was being unplugged from its charger, causing a tiny spark (our comments below).

He said such accidents were common because hydrogen was so flammable and could be easily ignited by heat or sparks.

Balloons filled with both hydrogen, and much safer helium, are widely available and popular but the Office of the Consumer Protection Board wants hydrogen balloons labelled as controlled goods, requiring retailers to display signs warning “Do not place near flame or heat”.

To reduce the risk of explosions Suwannachai recommends opting for helium instead. Helium is more expensive than hydrogen but far less flammable and less prone to leaks.

He said gas-filled balloons should never be kept inside a car which can get hot while parked outdoors, or near light bulbs, heat sources or any flames.

He also said that balloons shouldn’t be tied together since friction could also trigger an explosion. Suwannachai said children should be closely monitored and balloons kept out of their reach.

“If a balloon explodes, the rubber remnants should be discarded immediately so children aren’t tempted to chew on them, he said. They could swallow the pieces and might choke.”

1) Why is the Director General of the Disease Control Department commenting about this story.

2) The possibilities of a “cell-phone being unplugged from its charger” causing the explosion is, physically, highly improbable. More likely to be static electricity or someone smoking in the car.