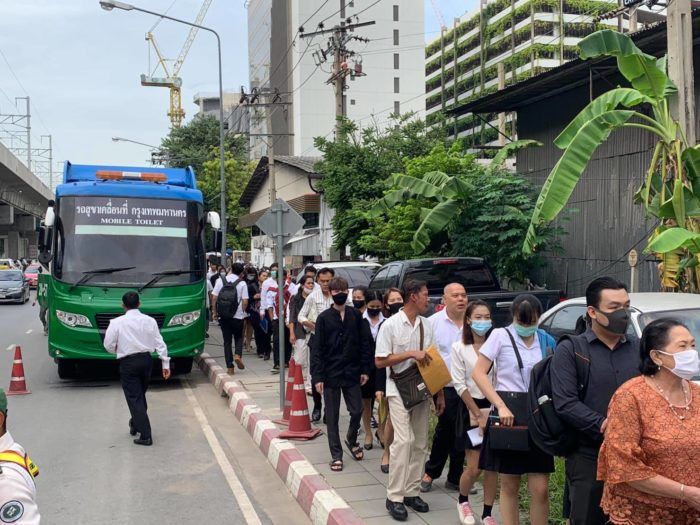 Not hundreds, but thousands of job applicants showed up to a Bangkok hotel before the sun came up early yesterday morning. Some slept outside to be first in line to file an application at the Miracle Grand Convention Hotel in the Lak Si district. By 4am, 5,000 people were waiting outside the hotel.

The hotel advertised 300 vacant positions and planned to let applicants in at 8am, but with the overwhelming turnout, Miracle Group chairman Aswin Ingkakul says he started the application process an hour early. He even ordered water and snacks for the crowd that had been standing in line for hours.

While Ingkakul says he was surprised with the high turnout, he says it reflects Thailand’s struggling economy. With 90% decline in visits from foreign tourists and local clients at Miracle hotels, Ingkakul says things can only get better.

The jobs advertised are for various levels at the hotel with salaries starting at 20,000 baht for low level staff. Ingkakul says the hotel will arrange interviews with the top applicants within the next 2 weeks.