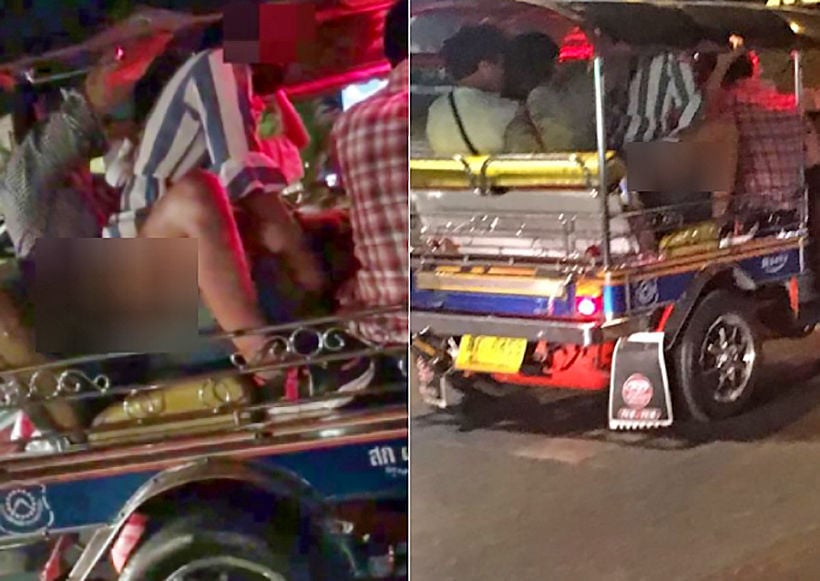 “They were just being playful.” Playful indeed!

A couple caught engaging in some spontaneous ‘close-and-personal’ in the back of a Bangkok tuk-tuk has got Thailand’s online community in a fluster. Whilst tourism numbers stagnate and thousands gather in the centre of the city for the biggest political rally in five years, THIS has been the biggest talking point for Thai netizens.

Videos of the amorous couple set Thailand’s keyboard warriors alight on Friday prompting the tuk-tuk driver to come forward and clarify that the pair were just being playful, according to media reports.

The clips shared by Facebook user Khun-Khachen, showed a group of five passengers crammed into the back of the tuk-tuk barrelling down a busy street in the capital. The Facebook post was deleted by Friday morning. The YouTube version was deleted last night.

A woman was sitting on a man’s lap with her skirt hitched up to her waist. The pair appeared to be enjoying sex, undeterred by the bumpy ride, the public road or the camera pointed at them. In one clip, a man can be heard saying in Thai “no underwear?”

There was a barrage of angry comments condemning the couple’s actions saying it was inappropriate for a Buddhist country.

Students say “Run Against Dictatorship” media event to go ahead