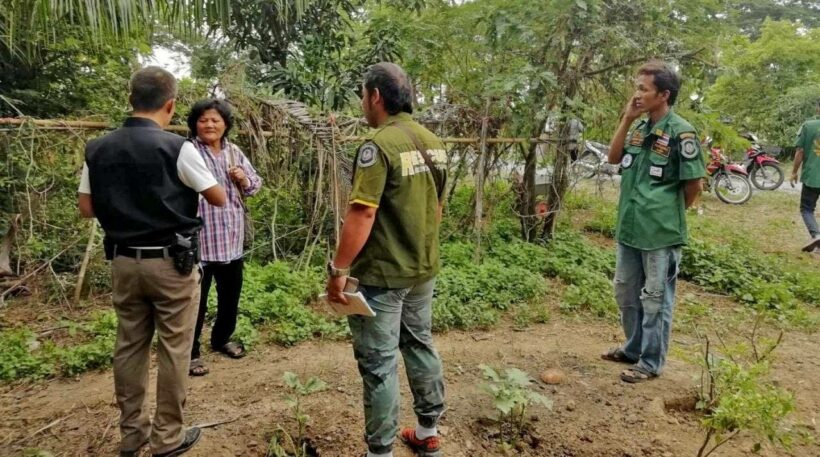 A 40 year old has been found dead, hanged in an apparent suicide at her parents’ home in Suphan Buri province, north west of Bangkok, yesterday. The former contract teacher had claimed to have memories of her previous life as a soldier who had taken many lives.

The suicide report of Somkid Ridkanto in Tambon Sa Kaew, Muang district said she had been dead two hours before her body was found under a mango tree within grounds of the house.

A suicide note by her apologising to her parents for not being able to help take care of them was found in the house.

Somkid’s mother, 64 year old Somjai Ridkanto, says her daughter used to work as a contract teacher and had resigned to work in a factory. After she divorced her husband, Somkid moved back to stay with her parents but later suffered severe headaches that deterred her from getting a job.

Somjai said her daughter had told her she wished to die to repay for her previous sins. Her daughter had told her she had memories of her previous life as a soldier who had killed many people, and that their spirits were now after her. She was taken to seek mental health treatment and when her condition improved, she returned home. Somjai said she had no inkling of what was to follow that day when her daughter prostrated in front of her on Saturday evening.

Police suspected that Somkid had committed suicide due to stress over her inability to provide for her parents and her belief that she must die to pay for her previous life’s sins.

The medical examiner inspected the body and after the suicide report, police released her body to the family.