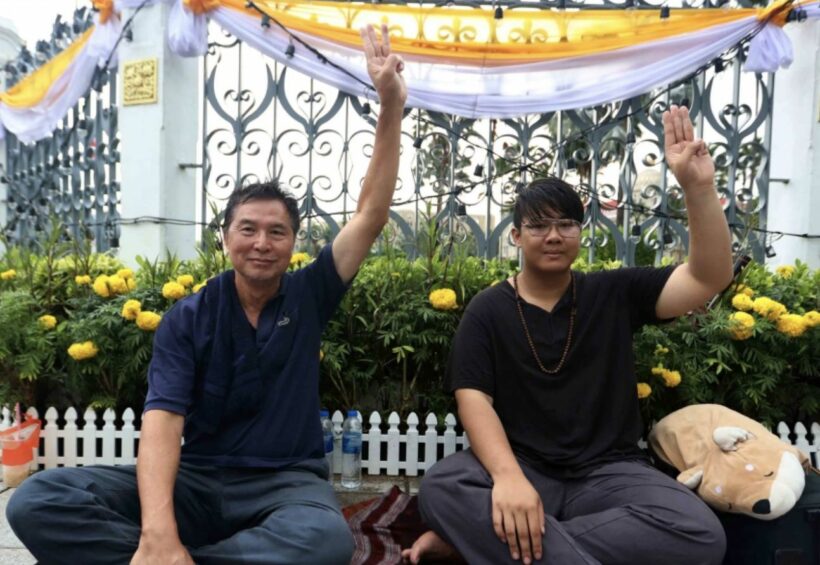 A group calling themselves the New Life Network is staging a hunger strike at the front of Government House, again calling for PM Prayut Chan-o-Cha to stand down and dissolve parliament. They are complaining that the economy is getting worse and that the gap between Thailand’s rich and poor is widening. They say the situation has deteriorated since the military coup in May 2014 when Prayut took control.

Protesters Pumiwat Rangkasiwit and Siranya Thongchuea have also been joined by Somyot Pruksakasemsuk, who is offering “moral support”, presumably with a full stomach. They were displaying the 3-finger salute when the media paid them a visit. The 3-finger salute was made popular in the movie franchise “The Hunger Games” and is seen as an anti-government symbol.

“The government should solve people’s economic problems during the virus crisis by issuing practical measures to help the unemployed,” according to Nation Thailand.

The protesters are also demanding that the government be “more responsive to people’s wishes and to public participation”.

“You must listen to us or resign!”

They submitted a signed petition to the PM’s Office’s vice minister, Suporn Atthawong. He invited the leaders of the protest to discuss their demands in person. There has been a string of smaller protests around the country since last Saturday when a protest of some 2,500 people congregated at the Democracy Monument in Bangkok. 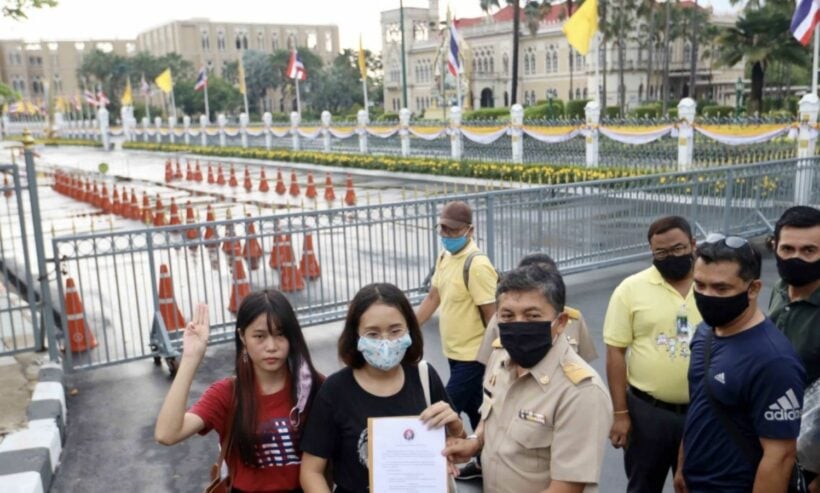