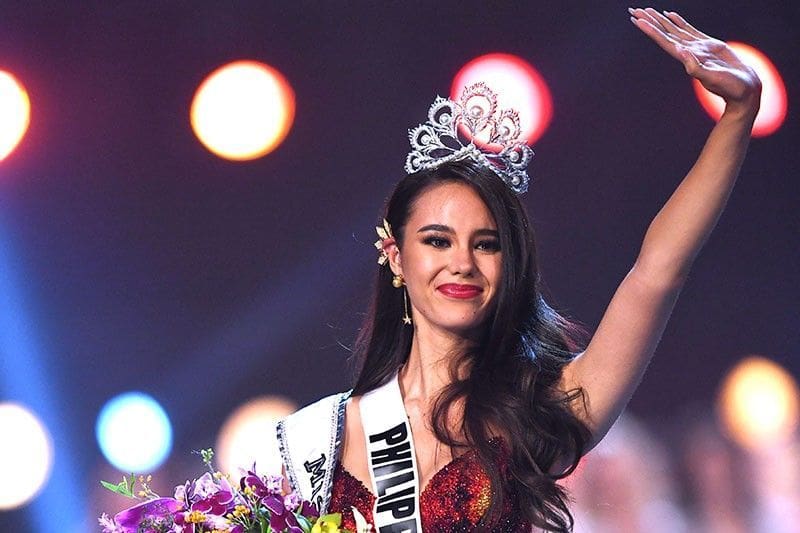 Just in case you needed to know…

Miss Universe 2018, the 67th Miss Universe pageant, was held today at Impact, Muang Thong Thani in Nonthaburi Province. Miss Thailand made it into the event’s Top 10.

Demi-Leigh Nel-Peters of South Africa crowned her successor, the pageant winner, Catriona Gray of the Philippines.

The 24 year old Filipina-Australian was crowned this morning at the Impact Arena in Bangkok beating 93 other female contestants from across the globe.

As in every Miss Universe pageant, the top five contestants were asked individual questions to determine who would make it to the Final 3. The final three beauties were then asked a standard question to find out who will bring home the title.

The show was hosted again by US comedian and game shaw host, Steve Harvey and supermodel Ashley Graham, while television personality Carson Kressley and runway coach Lu Sierra provided commentary and analysis throughout the event.

Contestants from 94 countries and territories participated in this year’s pageant, surpassing the previous record of 92 contestants in 2017.