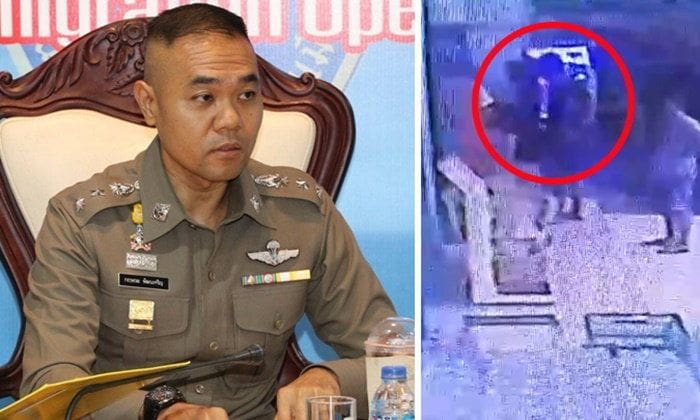 The national police spokesman Pol Col Krissana Pattanacharoen says that an arrest warrant has been issued for the man who raped a 19 year old woman then forced her to withdraw money for him at an ATM in Bangkok. The theft at the ATM was captured on CCTV.

Sanook reports that the crime happened in the Mahadthai 2 area of Taling Chan, west of the main city, on October 5.

The wanted man has been named as 28 year old Yosatthada Buathong. National police chief Gen Chakthip Chaijinda has called for a swift resolution to the case which he says has ‘shocked Bangkokians’.

Following the succesful gathering of witness statements a warrant for the man’s arrest was issued by the Taling Chan court.