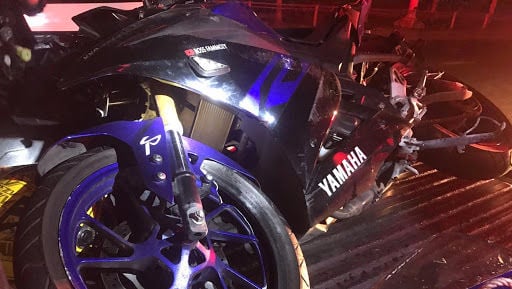 Shortly after expressing his love for driving fast, a young man has died in a high speed motorcycle crash in Bangkok. He wrote on Facebook yesterday saying that when riding solo… “I can go as fast as I wish.”

A witness said the 21 year old motorcyclist from Lopburi was speeding by when he smashed into a road barrier. Medics from King Chulalongkorn Memorial Hospital rushed to the scene and found the man’s body next to his beloved motorcycle. Nation Thailand did not report if the man was wearing a helmet, or the suspected speed the man was going before he crashed.