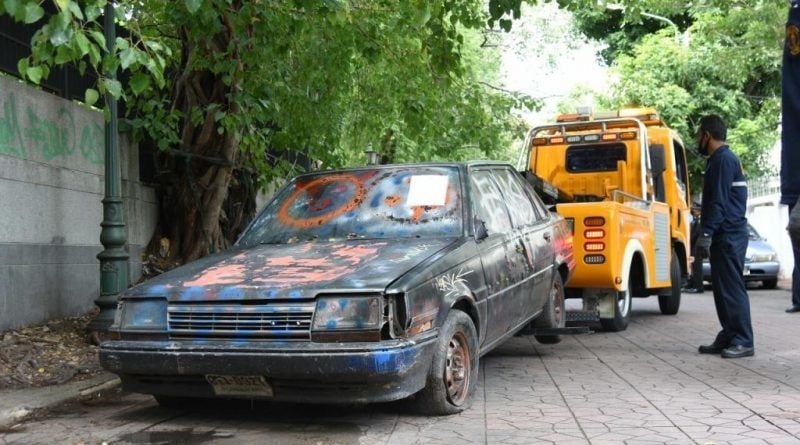 Want to make a couple thousand baht? Find a car that’s been abandoned on Bangkok’s streets. Hundreds of cars parked and forgotten about are being removed in an effort to clean up the city. Those who help out by reporting an forgotten car will get half the fine. The owners of the abandoned cars face a 5,000 baht fine, so those who report the cars left on the street could receive 2,500 baht.

Notices have already been placed on many abandoned cars throughout the city saying they’ve got 15 days to move the car or it’s getting towed. The city placed warnings on more than 500 cars. About 330 of the cars were moved by the owners after they got a notice. Some cars have been towed already.

The government says they’ve received complaints from many residents about cars parked along the road and left for days and weeks. Some vehicles have been blocking traffic. Bangkok’s deputy governor has been making visits to check on the progress.