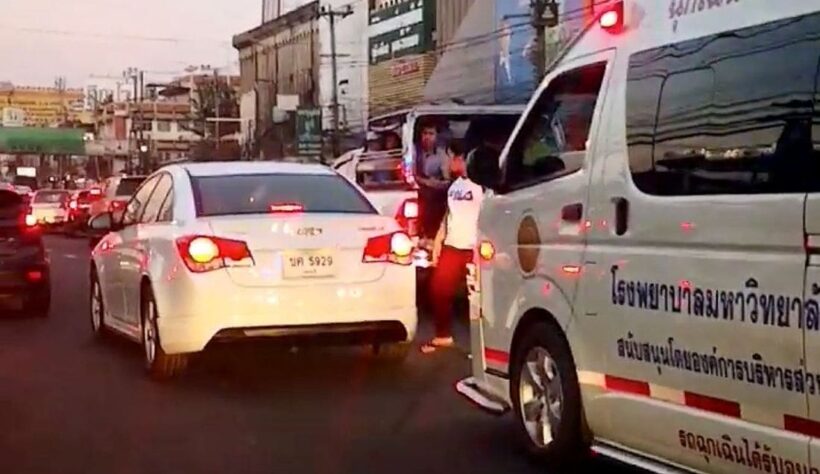 Netizens are sharing their displeasure after video of a white car blocking an ambulance with its siren blaring has attracted attention.

The video was posted by Suphanut Sirirattana and includes some critical hashtags directed at the selfish driver.

A representative of the Burapha University Hospital has responded by resigning to the problem of selfish drivers blocking ambulances continuing. Daily News reports that ambulance crews were often faced with situations like this daily.

They say it’s good when stories like this hit the news and report that behavior usually improves for a while as a result of the publicity. But after the furor dies down the bad behavior returns to normal.

The spokesman refused to comment on this particular case.