Thai Rath have our ‘honest taxi driver’ story of the week.

The quick actions of officers at the Sutthisan police station in Bangkok has enabled the return of ten million won (or 300,000 baht) that a university student left in the back of a cab. Theta driver has also been praised for his role.

23 year old Pinchaya “Am” Phromrat, a student at the University of the Thai Chamber of Commerce in Din Daeng, had traveled in the taxi driven by 51 year old Wanchai “Khiat” Tocharoen from Huay Khwang market to the University

After doing some errands she went to Asoke to change the money and realised she had left it in the back of Khiat’s cab. She reported the matter to the police at Suthisan and they tracked down the driver of the cab within an hour .

The taxi driver said he had no idea the large amount of Korean currency was there until police radioed him. Khun Am praised the Thai police for their efforts to retrieve her money.

Thai Rath report that the police have given the driver an undisclosed sum and a certificate for his honesty. 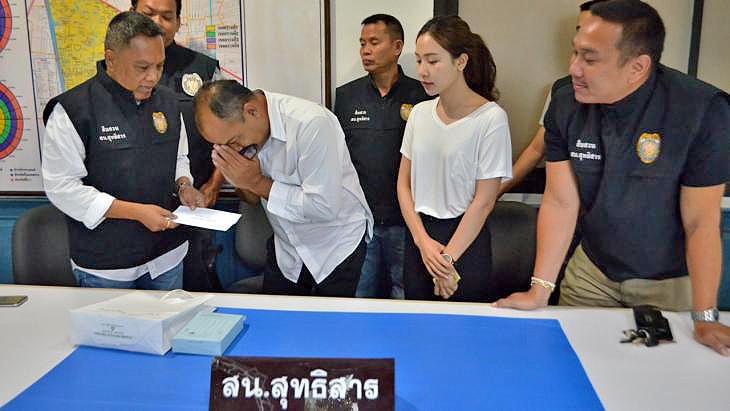 Comment: They're out. Now what? The future for Mu Pa football team members.