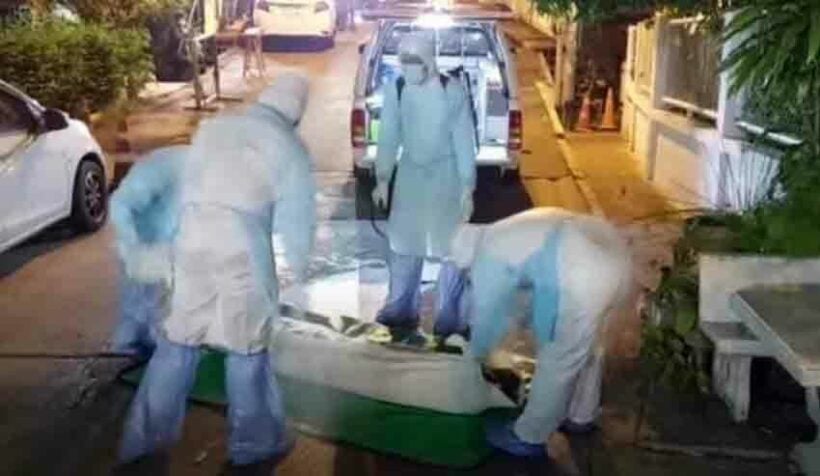 Netizens have slammed Bangkok police, claiming that the bodies of 3 men who died separately on the streets of the capital were left uncollected for hours. The Metropolitan Police Bureau has called for understanding, insisting that the claims on social media are untrue. According to a Bangkok Post report, spokesman Piya Tawichai says 2 of the 3 bodies have tested positive for Covid-19 while the result on the third is pending.

Social media was awash with images of a body covered in white cloth that allegedly lay uncollected for nearly 12 hours in the district of Phra Nakhon yesterday. It’s understood the dead man was later named as Somkiat Ruenkao, a 50 year old parking attendant.

Reports say Somkiat had fallen unconscious in the street earlier that morning, with the emergency services arriving some time after with oxygen. However, efforts to resuscitate the man were in vain and forensic experts from Vajira Hospital were brought in to examine the body, which was collected at 10pm for an autopsy. Tests confirmed the dead man had Covid-19. MPB spokesman Piya insists that claims the man’s body was left for hours are untrue and a “misunderstanding”. He says while there were some delays, police did not neglect their duties.

The Bangkok Post reports that authorities were alerted to a second body, this time on Ratchadamnoen Avenue, around 6.30pm. The dead man has been named as 59 year old Seri Ruengrojanarit, originally from the eastern province of Rayong. Forensic officers from Vajira Hospital were also called to examine the body, which was later taken to the hospital and tested for Covid-19. That test result is pending.

At around 7.30pm, a third body was found at Wat Suthat Thepphawararam in the Sao Chingcha area, with forensic officers removing it at around 9pm. The dead man was identified as 81 year old Bangpot Jermjenkarn and tests confirmed he had Covid-19.

There are currently mixed reports about how many bodies were found, with some media outlets reporting 3, but Nation Thailand saying there were 4.

Government does an about-face, will hold talks to join Covax