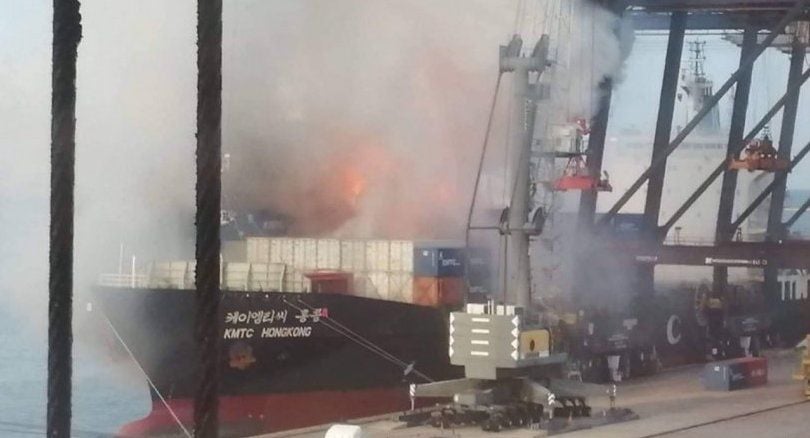 At least 25 port workers have been injured and locals evacuated after an explosion in a container on a ship at dock at the Laem Chabang Port in Chon Buri, east of Bangkok, this morning.

Laem Chabang’s port director Vice Admiral Yutthana Mokkhao says an urgent investigation is being undertaken to determine the contents of the container. The Hong Kong ship was docked at A2 port, according to the director.

Scores of port employees were working in the area around 8am this morning when the explosion occurred. The explosion sent clouds of an unknown white power into the air as well as black smoke from the fire.

It was reported that at least 25 of the workers were sent to a nearby hospital after being exposed to the white powder. Workers remaining at the scene were seen dousing their faces with water to wipe off the mystery powder. 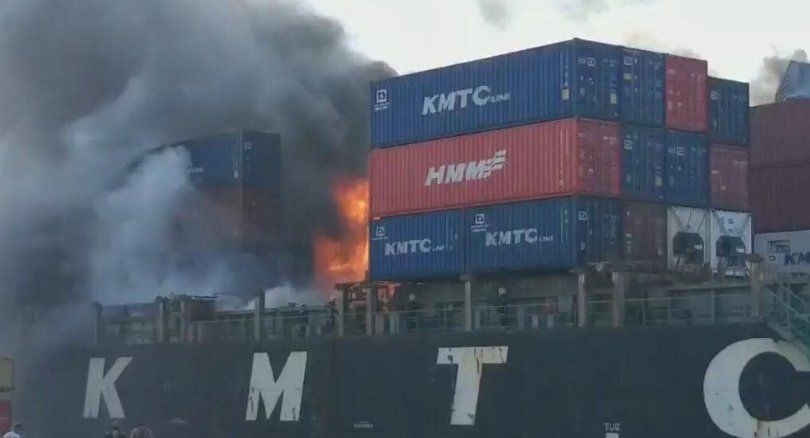 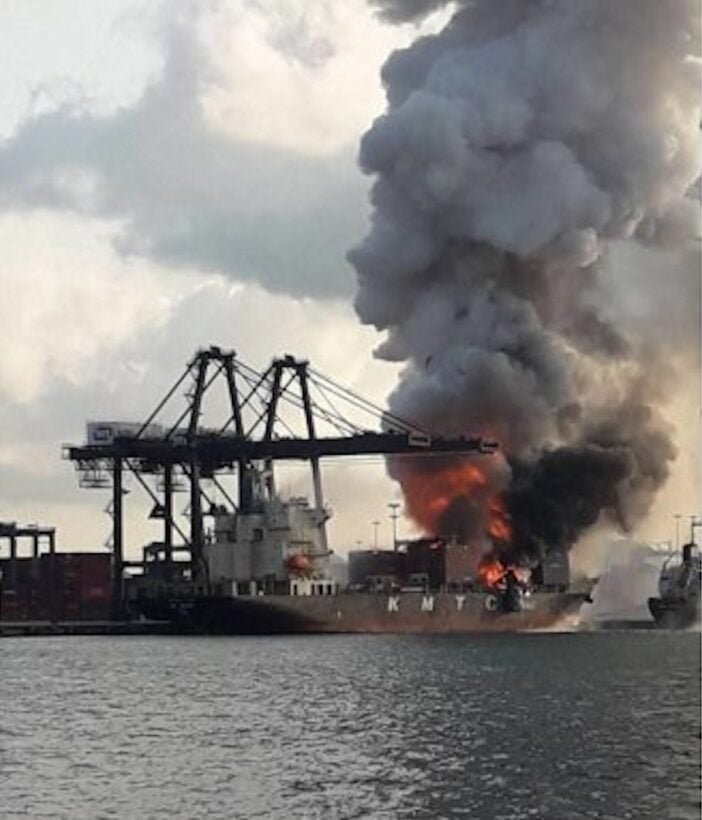 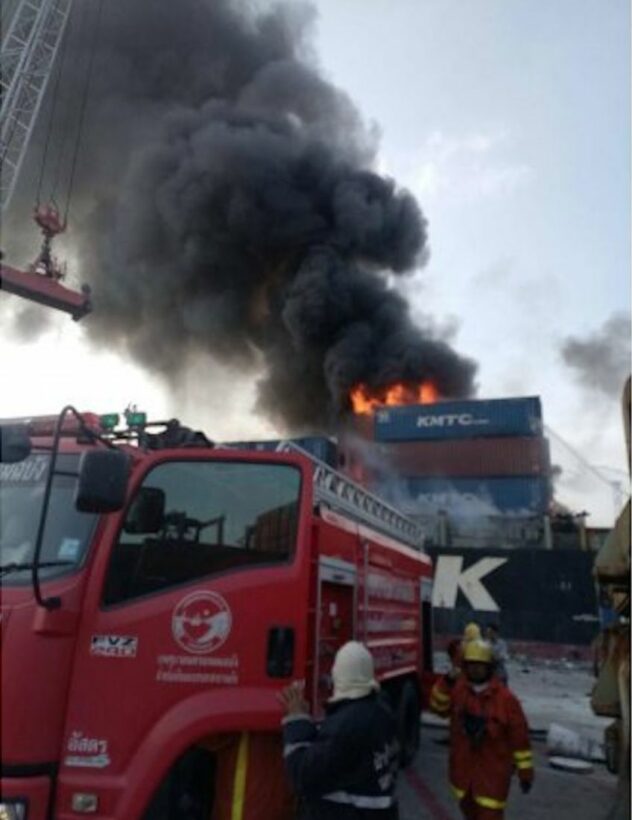 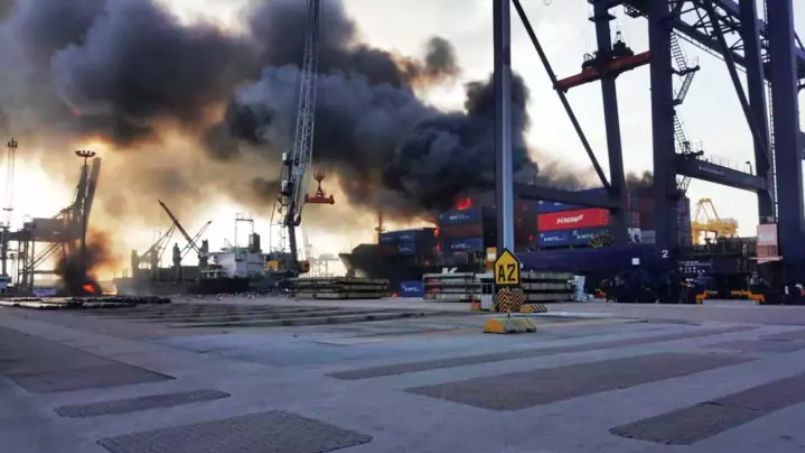