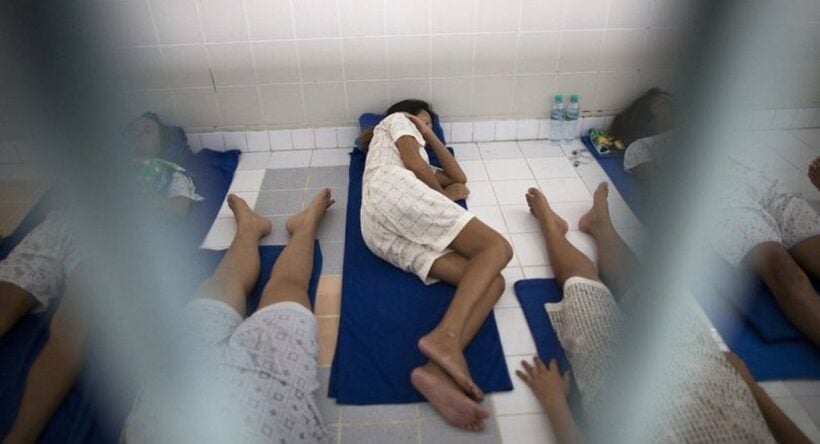 Around the world more than 10.35 million people are imprisoned either as pretrial detainees or having been convicted and sentenced, according to the report of UK-based Institute of Criminal Policy Research.

The USA has the highest prison population in the world with around 2.2 million incarcerated. China, which is four times more populous than the United States, is a distant second, with 1.6 million people in prison. The country has the highest prison population in Asia. The report mentions that the figures could be much higher for China since it does not include those in pre-trial and administrative detention. 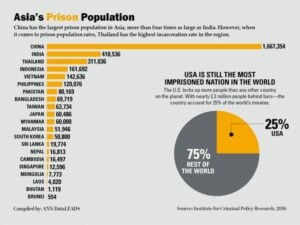 India’s prison population is second highest in Asia. Although the prison population rate is relatively low, the Indian prisons are overcrowded with 70 per cent of detainees as ‘under-trials’ or remand detainees who are awaiting final decrees in their cases.

Thailand has the third highest prison population in Asia. But​ ​with​ ​461 prisoners for every 100,000 people, Thailand has the tenth highest incarceration rate in the world and the highest in Asia. With fourth highest prison population in Asia, Indonesia has 64 prisoners for every 100,000 citizens.  Vietnam and Philippines follow at fifth and sixth position respectively.

Read the rest of this report from Asia News Network HERE. 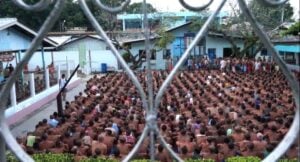 “Due to overcrowding in Thai prisons, none of the cells have beds, nor are prisoners are given any mattresses. Just a thin sheet. If they have any money they can buy extra bedding.”