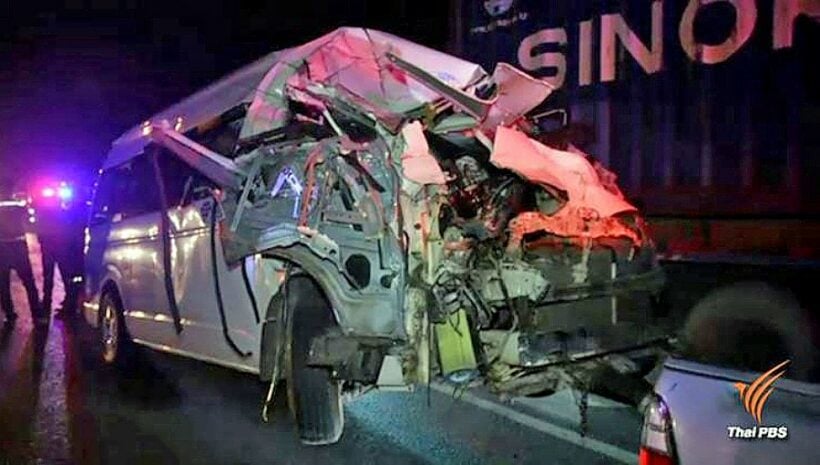 A school teacher has been killed and eight others injured in yet another fatal passenger van crash. This time on Phahonyothin Road, Nong Khae in Saraburi late last night (November 24).

The van , believed to be from the Chaiyaphum province, was returning 10 Chaiyaphum teachers after a sightseeing trip in Bangkok.

Police say that the van has rammed into the side of a trailer truck which was making a right turn. At this stage they don’t know the cause of the accident or who might have been at fault.

Local emergency crews arrived and had to use the ‘jaws of life’ to force open the crumpled van. The occupants were all rushed to the Nong Khae Hospital. Police say that 60 year old Niphanan Nanthiprapha died in hospital as a result of her injuries.

Police are investigating the cause of the accident and will interview the survivors when they recover.