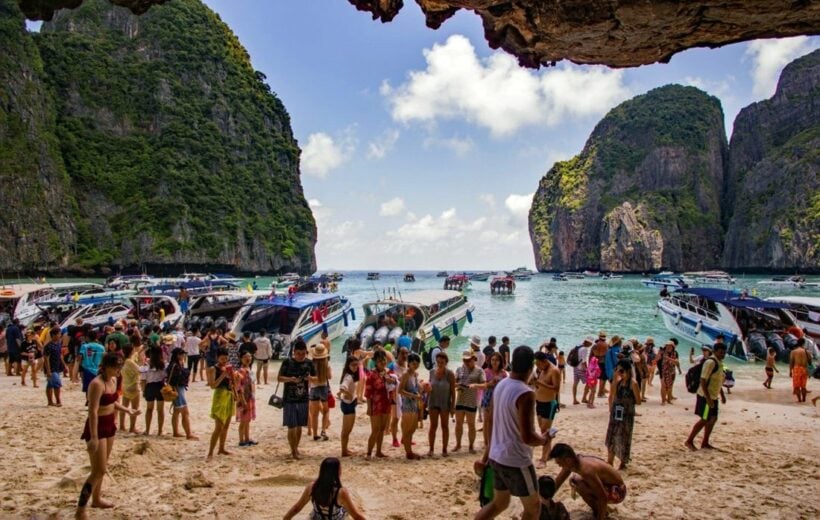 The DNP announced at a press conference held on May 15 that access to Maya Bay will be strictly off limits during the four-month ‘rejuvenation’.

It will not allow boats to enter the bay in front of the beach, or even drop anchor at nearby Loh Samah Bay, as tourist boats and their vessels will not be allowed to enter Maya Bay.

But authorities say travellers can still catch a glimpse of the iconic bay’s stunning beauty, made famous by Leonardo DiCaprio’s movie ‘The Beach’, from 400 metre away, or between the two cliffs that form a natural entrance to the lagoon. But this will be strictly supervised and carefully monitored by the DNP.

During the four-month period, the DNP will undertake a coastal and marine environment quality evaluation study on the condition of reef and beach resources, environmental control, and tourism management.

“This is to properly determine measures for environmental sustainability of Maya Bay during future off-tourist seasons.”

Temporary closures of natural attractions are not new to Thailand. Each year, the DNP closes several national parks for a period to allow for ecological recovery. Depending on weather and park conditions, dates vary as the closures are often due to extreme weather, especially during the annual monsoon that may also create unsafe conditions.

But marine experts and tourism leaders in the region are saying that the four month ‘rest’ is just an appeasement to the environmental lobby and will do little to repair the long-term damage caused by 20 years of mass tourism – in the past two years between 4-6,000 people have visited Maya Bay.

Investigation ordered over the Phuket whale shark caught by fishermen