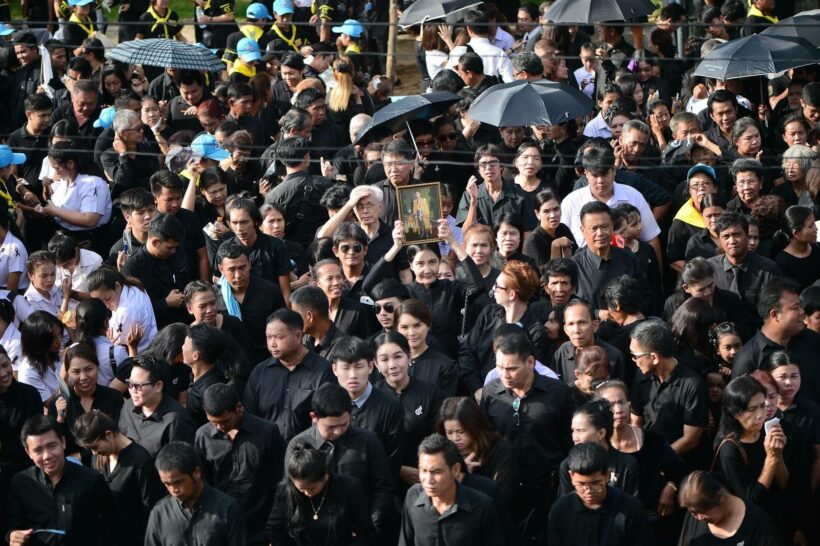 After a year and two weeks, Thailand completes it’s 12 months of official mourning following the passing of the late King Bhumibol Adulyadej on October 13, 2016. A year of black mourning clothes, displays, artworks, ceremonies, events and grief – allowing the Thai people time to contemplate the passing of the ’father of modern Thailand’ as well as ‘what comes next’.

All that changes when the sun comes up on October 30 with public servants and citizens given instructions to return to normal and usher in the new era for Thailand. In coming months the country will witness the official coronation of the new King Rama 10 and preparations for an election that will likely be held near the end of 2018.

The general public are urged to wear black clothes or appropriate clothing with a black bow pin until tonight. They were also told to end the mourning and wear normal clothing from Monday morning.

Flags at government offices, state enterprise buildings and schools would fly at half-mast until Sunday late evening. All mourning symbols and signs would be removed on Sunday night. 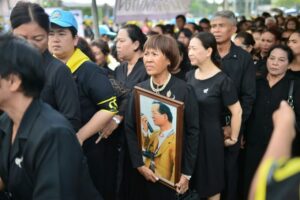