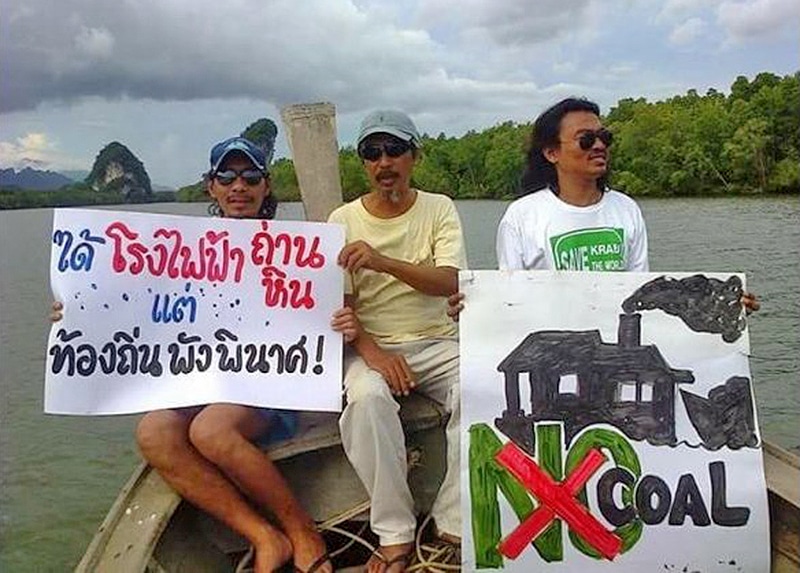 Krabi’s Police Commander, Pol Maj Gen Boontawee Toraksa, has promised that the public hearings will not see any violence with the addition of 1,150 police, military and defense volunteer officers, all prepared to guard the area.

Infrastructure for the public hearings has already been put in place with 3 big air-conditioned tents with a capacity of 2,500 people. CCTV cameras have been installed in 50 spots around the area.

Along the way to the public hearings site there are a lot of signs supporting the project attached on the houses and on the side of the street.

Meanwhile, the former President of Krabi Industry Council, Amarit Siripornjuthakul, has asked the group that disagree with the project not to join the public hearings as he believes that there will be a third party disturbing the event and they might be blamed instead.

In response, the Electricity Generating Authority of Thailand (Egat) and its consultant company, Air Save Co Ltd, are scheduled today to conduct the first of public hearing. The meeting, to be held at the Tambon Khlong Khanan Administration Organisation in Nuea Khlong district, will inform those who attend about the scope of the EHIA study and then gather feedback from stakeholders.

However, Prasitchai Nu-nuan, a prominent member of Save Andaman from Coal, yesterday said the group rejected the “unjust” EHIA study process and hence would not attend the first public hearing by Egat.

“Just as the prime minister ordered the entire EHIA process of Krabi coal-fired power plant to restart, we also need reform of the EHIA process, too, in order to make sure that the study is trustworthy and fair,” Prasitchai said.

“But we see that Egat will still do the same thing. As there is no improvement in the EHIA studying process, we see no point in participating in this problematic study. 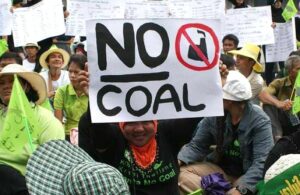 Save Andaman from Coal also released a statement outlining its stance on locating a coal-fired energy plant in the region. People from around the world cherish Krabi and the entire Andaman Coast, viewing it among the world’s top tourist destinations, which boasts some of the finest wetlands. And so, as local people, they could not take part in any project that will harm the pristine environment of their locality.

Moreover, they opposed the use of coal as fuel for generating power, as it will worsen climate change and contribute to endangering all life on earth.

The opposition group’s statement also cautioned that the public hearing forum could intensify conflict among the local people in Krabi. The forum’s venue is located in an area with stronger support for the coal-fired power plant, the statement noted, and the consultant company that conducted the EHIA study was also hired by Egat, thus prejudicing the EHIA report.

Chairman of the Krabi Tourism Council, Amrit Siriphonjutakul, said that there was no need to build a coal-fired power plant in Krabi, as the province can rely solely on renewable energy. It was very important to preserve a clean environment to ensure sustainability of the tourism industry, from which large numbers of local people derive their income, he said.

But Egat’s assistant governor on project community relations and environment, Lieutenant Anuchart Palakawongse na Ayudhya, encouraged all people to attend the first public hearing, regardless of their opinion about the coal-fired power plant project.

“This public hearing will be the forum for all stakeholders to listen to the scope of the Krabi coal-fired power plant project EHIA study and offer their opinions, suggestions, or concerns to the study team,” Anuchart said. “We welcome the opposition group to attend the forum as well.

“The people can submit their comment on the project to us for 15 days and we will gather the opinions from all stakeholders and publicise them later. We will move on to the second public hearing in the next couple of months.” 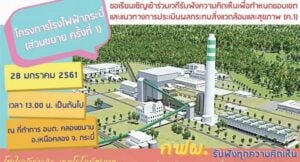 Back to the future. Democrats looking over their shoulder for election candidate.