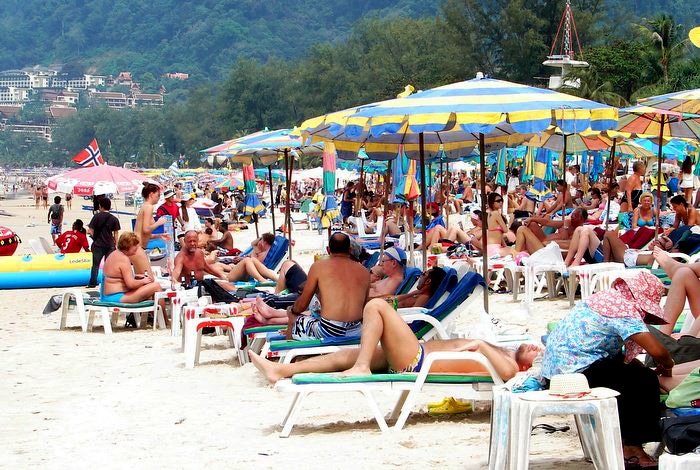 Despite appearances that the 10% beach zones seem to be magically growing into the remaining 90% of Patong Beach, Patong Mayor, Chalermluck Kebsup has assured the Phuket Gazette that the rule remains the same and the operators are still following the rules for the placement of sun lounges and umbrellas.

“The 10% zoning remains the same and there are signs that clearly specify the area of 10%. There are also officers from the Patong Municipality, police officers and some military officers conducting random surveys at the beach.”

“However, it is tourism high season now and the operator might have increased the number of their rented umbrellas, making it appear more packed on the beach, but they are remaining in the zoning area,” she noted.

She explained that the renters on the beach are the 59 people who have rented the umbrellas and sun loungers before 2014 when the government created the beach management.

As far as the new cigarette ban is concerned…

“The tourists actually like and respect the policy and we can see people smoking at the designated smoking areas arranged by the municipality. However, there are some people that break the rule by dumping trash at the smoking zone.” 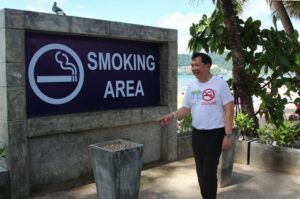