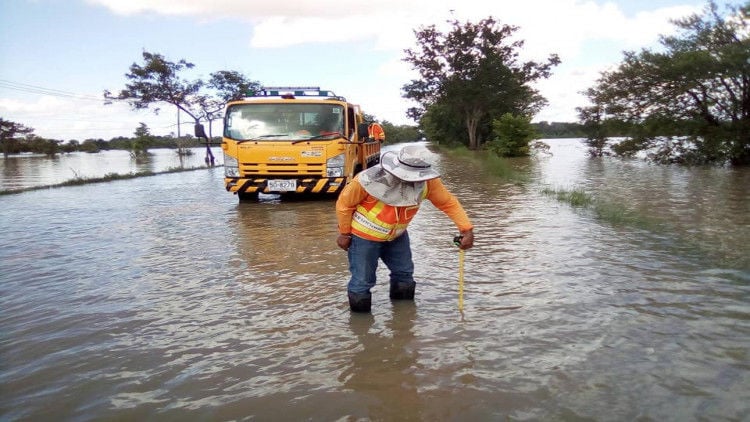 The Thai Meteorological Department says people in the lower Northeast, the Central region, including Bangkok and its vicinity, the East and the South (Andaman coast) should brace for more heavy rains and dangers from accumulated rainfalls today.

The department also said that strong waves, 2-3 metres high, were likely in the upper Andaman and the upper Gulf and up to 3 metres high during thundershowers.

“All shipping has been advised to proceed with caution and avoid the thundershowers while small boats should remain ashore throughout this period.”

According to the Disaster Prevention and Mitigation Department, the influences of the previous two tropical storms, Podul and Kajiki, in upper Thailand, and the seasonal southwest monsoon in the South, have caused flooding in 32 provinces from August 29 until last Friday, resulting in 30 deaths with over 391,000 households affected.

Meanwhile, the Bureau of Road Maintenance reports that 50 roads were affected by floods in Roi Et, Ubon Ratchathani, Amnat Charoen and Yasothon provinces. Of the flooded roads, 42 were impassable for cars: six in Roi Et, 27 in Ubon Ratchathani, three in Amnat Charoen, six in Yasothon. Officials erected warning signs, along with signs recommending alternative routes, while workers brought heavy machines to repair the flood-damaged road sections.