Stories keep emerging about river systems, the lifeblood of agriculture in northern and north-eastern Thailand, drying out or dropping dramatically in level.

A section of the Yom River that runs through the Sam Ngam in district in Pichit, north-central Thailand, has almost run dry following months without rain. The river was already reported as unseasonally low during April this year.

The river has been reduced into a narrow and shallow waterway in the middle with sand dunes clearly visible along both banks.

The remaining water is so shallow that the locals can walk across the river, something they say they can’t recall doing in the past. Sam Ngam is located in the northern part of the province in an area that has suffered from drought for several months. 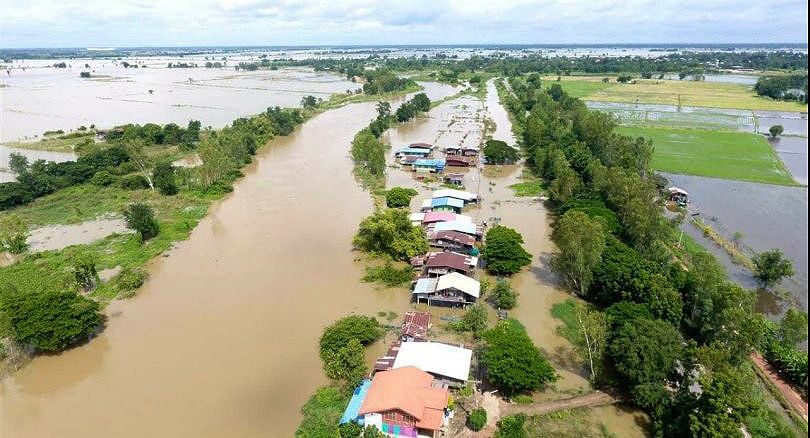