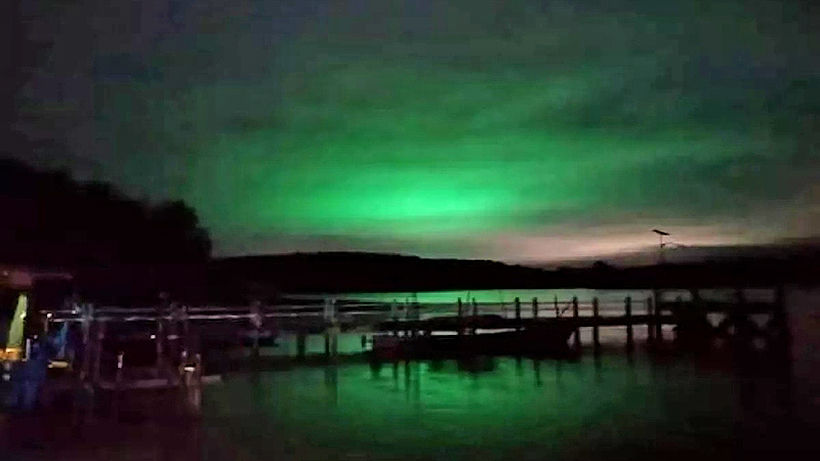 Thai social media is in a meltdown after people shared photos an “eerie green glow” spotted in night sky over Ranong province in southern Thailand (5 hour drive north from Phuket). The pictures of the eerie green glow were snapped by residents living in Muang Ranong district.

Of course the theories have been coming thick and fast – it was Halloween and Loy Krathong after all. Some say it’s just a “natural phenomenon” like the northern lights (aurora borealis) caused by disturbances in the Earth’s magnetic field.

The National Astronomical Research Institute in Thailand chimed in saying the source was likely the “powerful green bulbs from squid boats, reflecting off the clouds”. The phenomenon has been addressed before.

A video taken from the International Space Station in 2014 shows a similar green glow over Thailand caused by the fishing industry. If you can’t click on the video, here’s the link… https://www.youtube.com/watch?v=Bz0t09G-9XQ&feature=emb_logo) 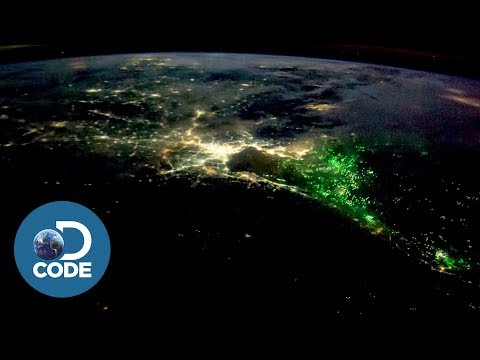 In the Gulf of Thailand and Andaman Sea are fleets of fishing vessels, with bright green lights on the boat to attract plankton and fish in the area. As the bait trails the light up to the surface, the squid take the bait and follow them right into the nets of waiting fishermen.

In 2014 the National Astronomical Research Institute of Thailand indicated that the bright green light seen in the sky in many parts of the country could have been a meteor entering the earth’s atmosphere.

The director of NARIT, Associate Professor Boonraksa Soonthorntham, explained that pictures and video images suggest that there is a high probability that the meteor was a “fireball.” They occur when a meteor enters the earth’s atmosphere at a very high speed.

Fireballs occur when friction with the atmosphere causes so much heat on the meteor that it lights up. When seen from the earth in can appear to have a long tail of green or white smoke. The brightness of the fireball’s blaze depends largely on its mass.

The object gave off a green light, suggesting that a chromium element was likely present inside, which is typical in iron meteors. Since the fireball was visible in many regions of the country, it also indicates that the meteor was located very high up in the sky.

Associate Professor Boonraksa indicates that there are many objects that can create this kind of phenomenon. First is a planetoid that normally comes close to the earth, second are retired old satellite parts that have been left in orbit, objects which can also be pulled from earth’s gravity into the earth’s atmosphere. 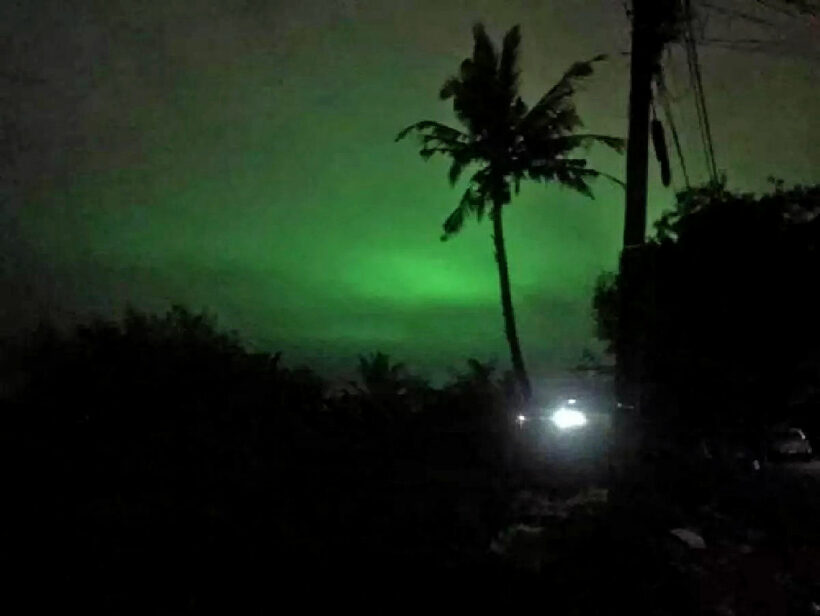 ‘Goni’ slams into Philippines’ coast, most powerful typhoon of the year – VIDEO