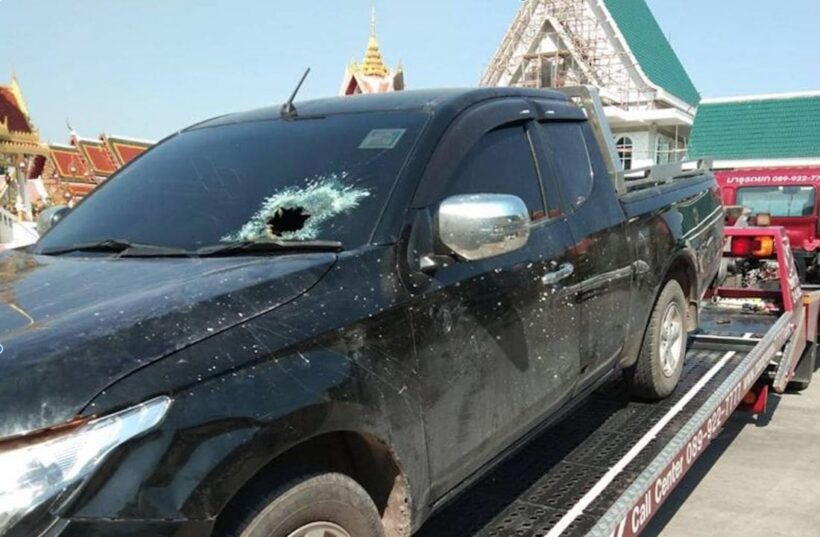 Don’t leave your mobile phone in your car if it’s going to be parked outside in the hot Thai sun. That’s the take-away message after an exploding mobile phone punched a hole  in this woman’s pick-up truck windscreen after leaving the phone sitting on the dash.

“A punishment for a forgetful person, my pick-up truck is all damaged.”

Her ‘feeling sad’ post was accompanied by photos of her truck with a damaged and burnt windscreen.

Mobile phones are among items that people have been warned not to leave in the sun because the heat can damage their electronics and/or cause the battery to explode. Other items susceptible to damage if exposed to prolonged heat included power banks, especially those with lithium-ion batteries, as well as lighters and aerosol sprays.

According to the Thai Meteorological Department, a pressure system known as a “thermal low” is covering upper Thailand and is likely to continue for the rest of the week, while southerly and southeasterly winds prevail over the lower North, the Northeast, the Central, the East and the South regions bringing high humidity to those regions.

These conditions combined mean that upper Thailand is likely to experience hot to very hot spells with possible outbreaks of “summer storms” – sudden and localised thunderstorms with gusty winds, said the TMD. 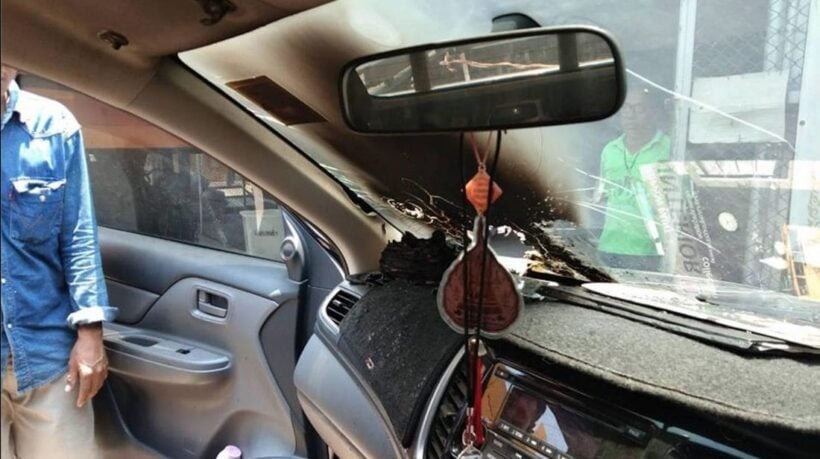