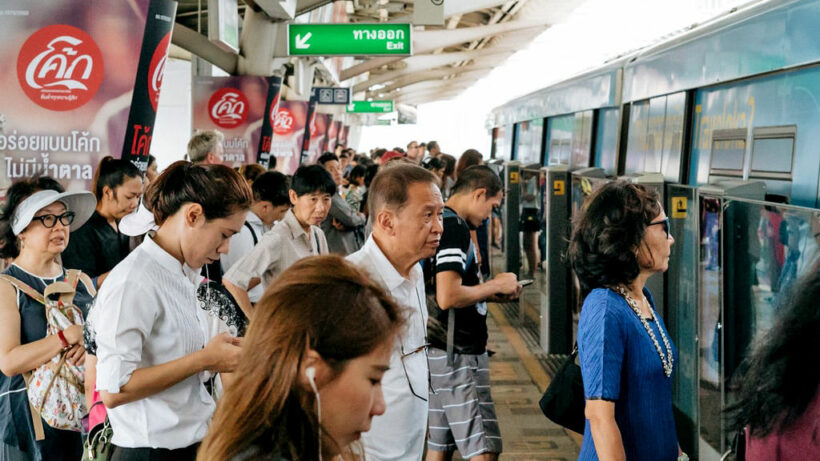 The ’15 baht flat fare’ proposal for the BTS is nothing new. But the proposal has surfaced again as the new Transport Minister Saksayam Chidchob offered the flat fee to be set for the BTS Skytrain service across Bangkok.

The BTSC operates the BTS services – the Sukhumvit line from Mor Chit to Kheha and the Silom line which serves Silom and Sathorn roads, terminating at the National Stadium.  Currently, the train fare starts at 15 baht and increases to a maximum of 44 baht for the entire route.

But Thai PBS reports that the 15 baht flat fare has been suggested by almost every previous government since the Thaksin administration at the start of the century. The idea is always dropped because it could not be implemented without heavy government subsidies to pay the contractor the balance of the losses made if the flat fare was introduced.

Commuters, commenting about the proposal said they welcomed the flat fare, saying it would reduce their weekly public transport costs but admitted they would probably be paying for it anyway through their taxes (which would have to be used to pay the contractor’s losses).

Democrat party deputy leader Samart Ratchapolasit told Thai PBS that the fare cut of electric trains was one of the party’s election policies although, in actual practice, the policy might not be realized because the government would have to provide subsidies amounting to about 4 billion baht a year.