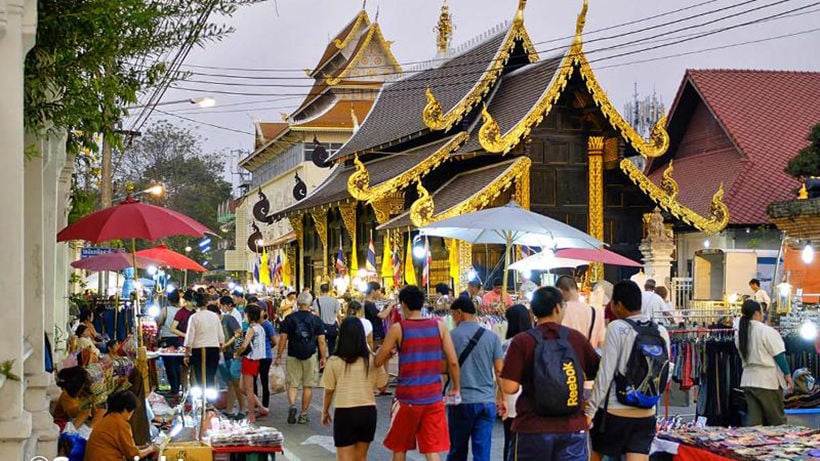 Hoteliers and business in Thailand’s main tourist areas continue to be at odds with the official narrative trotted out by the Tourism Authority of Thailand. This time hoteliers in Chiang Mai are reporting tourism in Thailand’s north is the worst in ten years at the moment.

A report in ThaiVisa says that bookings are 40% down when compared to the same time last year. Hoteliers are saying Chinese and Middle Eastern customers are rejecting Thailand for their holidays or simply stay home. Thai media reported La-iat Bungsrithong of the Northern Thai Hotels Association saying that normally, in the rainy season, bookings would be at 70 to 80% of capacity. She said there are 30% fewer Chinese tourists showing up in Chiang Mai.

“This is the worst it has been in the north in ten years.”

Both small and large size hotels were struggling to stay afloat with a price war being waged to attract what tourists there are – rooms are being offered at 30-40% less than normal, she said. She cited the Rati Lanna Riverside Spa Resort as offering rooms for 6,000 baht reduced from 10,000 baht. She says that oversupply has been a factor in the downturn with an extra 10,000 rooms added over the last few years.

“Now there are just not the tourists to fill them and give investors a return.”

The marketing manager at the Chiang Mai Orchid Hotel, Watcharaporn Jongphaophan, says that bookings were 30% down and that rooms previously priced at 1,400 baht were now offered for 900 baht.

But the Tourism Authority of Thailand persist in putting a pushing on with their promotions, this time coming up with a “Green Card” that gives discounts and they predict a 10% RISE in Thai tourism, according to the ThaiVisa story.

Available online the Green Card promises lots of discounts at participating establishments. Phakkanan Winitchai claimed that this initiative would boost tourism by 6.02% among Thais and that spending would be up 10%.

Vietjet are part of the promotion offering tourists 200 baht off flights – for the first 1,000 to apply.