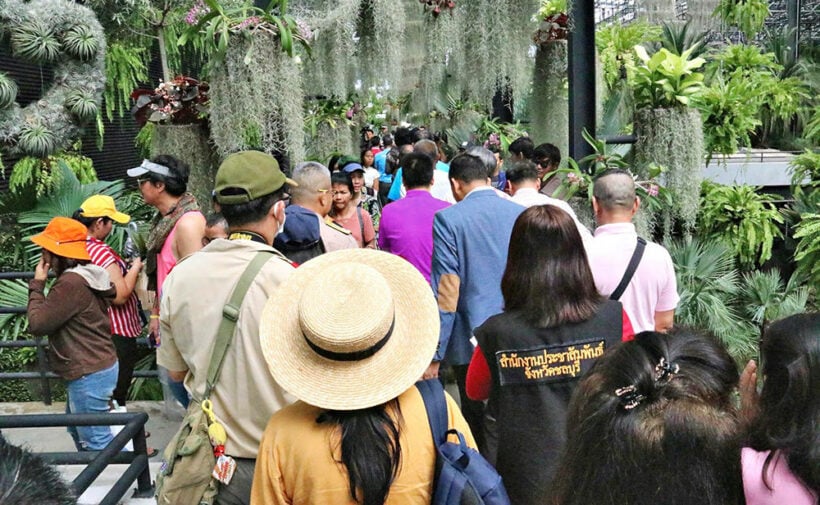 Tourism and Sports Minister Phiphat Ratchakitprakarn says he will propose new domestic travel stimulus packages valued at 5 billion baht this Friday. The Minister says the aim is to cushion the impact of the coronavirus for the tourism service sector across the country. The Minister says that domestic tourism is “the priority during this difficult time. The government should implement the plan to accelerate domestic travel activities, giving local travellers more purchasing power.”

He says the aim is to stimulate expenditure of 25 billion baht in the Thai economy.

In the proposals, the government will offer 1,000 baht each to 5 million local travellers via the Pao Tang mobile app from Krungthai Bank to buy tour packages to areas outside their home province, conditional that they stay at least one night away from their home province.

“Each province will receive a different quota amount based on population. Tourists have to start their trips at their hometowns.”

The package mirrors a successful stimulus package when the Phase One packages rolled out in late September last year.

“The Tourism Authority of Thailand and tourism associations nationwide will come up with the tour packages, generating income for buses, hotels, restaurants, shops and tourism destinations.”

The ministry estimates the coronavirus pandemic will taper off after Songkran (3rd week of April)… “and hopefully be under complete control from June”.

There has also been talks with the Education Ministry to delay the new school semester from May “to create a flow of tourists, particularly families that may benefit from a longer school break”.

Meanwhile the TAT governor Yuthasak Supasorn says domestic travellers are still hesitant, “so the TAT has to find solutions to refresh their sentiment”.

On Tuesday night the Public Health Ministry issued an announcement for China, South Korea, Japan, Germany, France, Singapore, Italy, Iran, Taiwan, and the Chinese territories of Hong Kong and Macau, listing them as “high-risk zones” for the virus. The edict, announcing travel restrictions for people coming from, or passing through, these destinations, was removed from the Public Health minister’s Facebook page a few hours later (indeed the minister’s entire Facebook page has been taken down). But the botched announcement has caused a lot of confusion.

But the president of the Association of Thai Travel Agents, Vichit Prakobgosol, says that the announced policy may help stop the Covid-19 spread within Thailand, but “the lack of concrete control measures has created a panic among international tourists”.

Mr Vichit said the government has to signpost notices early for operators to prepare their businesses and inform their customers in advance to avoid any confusion, according to Bangkok Post.

Thailand announces 4 new coronavirus cases, all from Italy or Iran