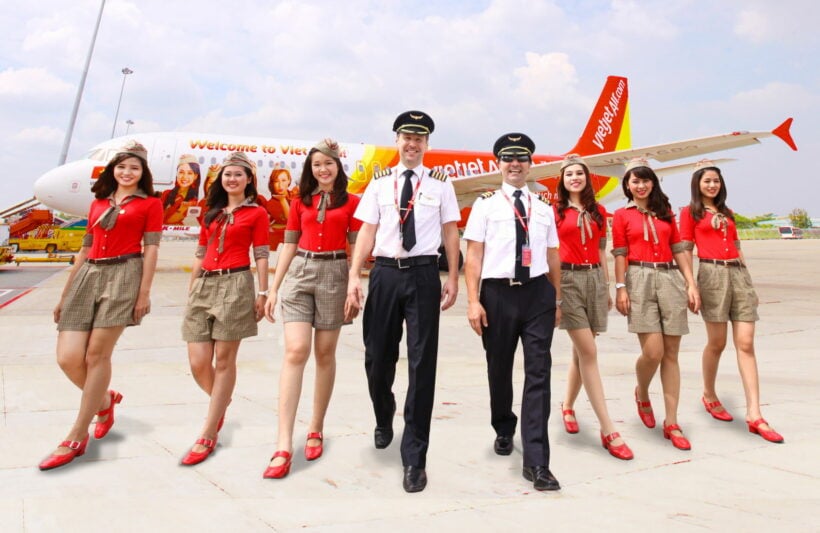 Thailand is gearing up to welcome more Vietnamese visitors, with a number of airlines increasing direct flights between both countries and adding some new routes too. The Tourism Authority of Thailand says the additional routes should help boost the number of first-time visitors from Vietnam.

The Nation reports that several carriers are launching new services from beyond the usual hubs of Hanoi and Ho Chi Minh, instead departing from secondary cities such as Nha Trang, Da Lat, Hai Phong, and Can Tho.

The number of flights between Thailand and Vietnam now stands at 301 a week, up from 288 last year. Thai cities being served include Phuket, Chiang Mai, and Bangkok, with Thai Vietjet expected to launch a daily service from Ho Chi Minh to Pattaya’s U-Tapao airport from December 23.

“Vietnam has a population of 97 million people, there is still room for growth in first time tourists. According to the marketing base of Vietnamese tourists travelling abroad in 2018, 1.07 million people from almost 9 million chose Thailand as the first tourist destination for two consecutive years since 2017. We expected continuous growth of 2-3% a year in the number of Vietnamese tourists, while growth of the country’s tourism market is forecast to reach 8% next year.”

Meanwhile, two of the main South Korean carriers are also introducing new routes between Vietnam and South Korea, and increasing flights to over 403 a week. The number of Vietnamese tourists choosing South Korea rose to around 500,000 during the first ten months of 2019. The increase is seen partly as a result of successful marketing initiatives, promoting cultural trends such as K-Pop and South Korea’s advanced plastic surgery services.

But Napasorn isn’t too concerned about potential competition from South Korea, claiming Thailand can hold its own in the battle to lure Vietnamese tourists.

“Competition with other countries is not a major factor because the Vietnamese economy has been growing well. Besides South Korea, Japan and Indonesia are also strong competitors of Thailand in the Vietnamese market, but TAT is still confident of Thailand’s products and tourist attractions, especially the retail shops in Pratunam, Ratchaprasong and Ratchadaphisek areas.”