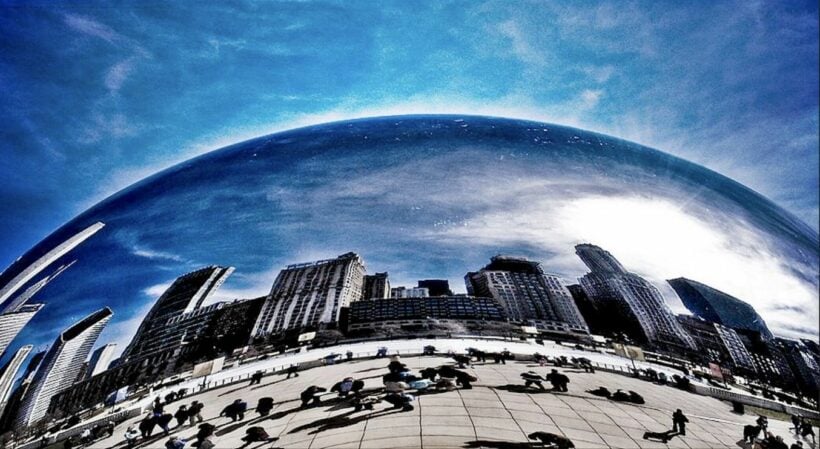 With apologies to William Shakespeare.

You’re going to hear a lot more about travel bubbles in the next few months. Indeed it will become the ‘new normal’ in the short-term for Thailand’s battered tourism and hospitality industry. The world is NOT going to magically re-open up and travel as they did before, at least not in the next few years.

Even if a viable and world-wide available vaccine appears in the next 12 months there will still be a long transition back to old travel habits, if ever. In the short to medium term anyway, potential travellers have debt, jobs and community changes to come to terms with. Discretionary spending, including travel, will not be high on their priority list. And if they do travel, it will most likely be regional instead of far flung exotic international ports.

Thailand’s potential travel bubbles would likely include South Korea, Japan, Vietnam, Hong Kong, Taiwan, even Singapore (which has had a sudden spike in migrant labour Covid-19 cases but has otherwise largely controlled its community transmission). Beyond the region, Australia and New Zealand are also low-risk candidates for early international travel back to Thailand.

China remains the quandary for Thailand”s Centre for Covid-19 Situation Administration, under the leadership of the PM Prayut Chan-o-cha. Whilst China has led the way in bringing the virus under control, there are now bursts of 2nd-wave outbreaks in some Beijing suburbs. Chinese officials have jumped on the outbreaks with lockdowns imposed in 11 nearby neighbourhoods, and 10,000 people near the outbreak zone are now being tested.

The current outbreak is linked to Beijing’s largest wholesale market, Xinfadi where 45 people out of 517 tested positive for the coronavirus. None of the infected people displayed any symptoms.

So creating a travel bubble with China, generally, will move to the back-burner although the Thai government may contemplate allowing Chinese travellers from low-risk cities to be part of the early travel bubbles.

But even the Tourism Authority of Thailand’s China office is tempering enthusiasm that Chinese tourists are lining up at airports ready to board planes and visit Thailand. In fact they say it’s just not going to happen in the short-term as outbound travel for most Chinese remains heavily curated. But even as travel restrictions ease, the prospects of a Chinese-led tourism recovery are low as Chinese purchasing power for outbound trips will remain extremely weak.

The surging Chinese unemployment rate of 6%, or 27 million people, remains a challenge even as regional tourism consultants and gurus in Thailand’s hospitality industry wax lyrical about alleged “pent-up demand” and “Chinese-led tourism recoveries”. Even the TAT’s Lerdchai Wangtrakoondee, director of the Shanghai office says, after temporarily adopting new hygienic practices for months, the situation in China is “returning to normal”, but outbound tour operators are “still on ice”.

The Centre for Covid-19 Situation Administration says that creating travel bubbles, served by an airline corridor between nations or cities that are Covid-19 free, are now on the table. Despite the recent outbreak in the south western suburbs of Beijing, most of China is now deemed ‘low-risk’. Even Japan is having a new outbreak – 48 new cases in one day, the most since early May – centered around Tokyo’s nightclubs and entertainment establishments. But, in both cases, the countries’ health officials quickly go into lockdown and contact-tracing mode.

Thailand’s CCSA has announced it might open the country to international flights after June 30 but on a “limited basis” to kick-start travel but will cap a daily limit on arrivals and restrict the travel to business visitors, work permit holders and essential medical travel (no, a massage in Walking Street is not considered ‘essential medical travel’). But no specific dates have been mentioned at the moment although a meeting of the CCSA tomorrow is said to put the ‘bubble’ issue on the table for some quick decisions.

It is also understood that the Civil Aviation Authority of Thailand will not extend the international travel ban after it expires and leave the CCSA, empowered by the emergency decree, to decide who will be able to enter Thailand and under what sort of restrictions. All things considered, it is unlikely that any of these bubbles will be in place before August.

Even when the travel bubbles are created, they will certainly be accompanied by restrictions. A “fit to fly” certificate as well as a ‘clear’ medical certificate, less than 72 hours before the flight. It is also likely that medical insurance with US$100,000 cover will be required, although medical insurance covering Covid-19 is difficult to find, or expensive.

Locally, the hopes are on domestic tourism. But tourists are visiting parts of the country where shops remain shuttered, many tourist attractions remain closed, bars and entertainment venues are closed and flights are few. Some hotels are open but most remain closed. Some shops, which eagerly re-opened in Phases 2, 3 and 4, are now being re-closed as business owners realise it’s cheaper to stay closed in the short-term than open with draconian restrictions or social distancing making it difficult to operate efficiently. eg. Restaurants, which rely on a wafer-thin margin at the best of times, hardly even pay the rent with 50-80% of their seating capacity removed.

The Thaiger will continue to provide the latest information on all announcements about the return of international travel into Thailand.