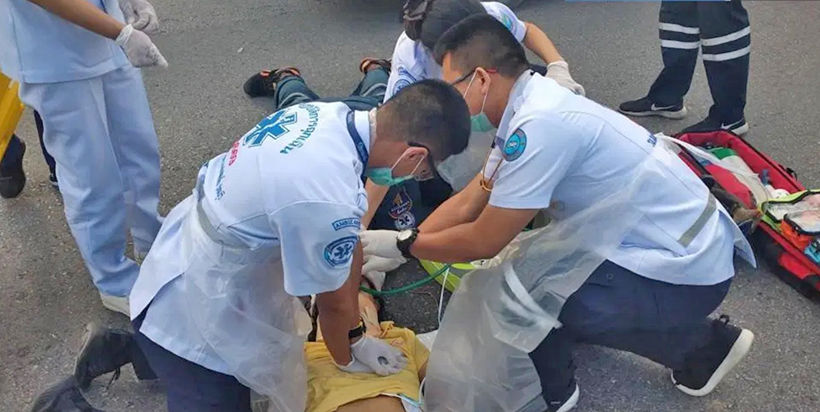 A woman is dead in the Sattahip district of Chon Buri after a pickup truck crashed into her motorbike. Sattahip Police were notified of the incident, which occurred yesterday afternoon on Sukhumvit Road.

Police, emergency responders and reporters arrived to find 44 year old  Bussaya Chumchuen, a staffer at the Sattahip Community Development Office. She was seriously injured and after rescuers provide first aid, was taken to a local hospital where she was pronounced dead on arrival.

She reportedly told police that Bussaya was driving in front of her and suddenly changed lanes without warning or a turn signal, cutting her off. As a result, she says, was unable to prevent the collision.

Police are continuing their investigation and will review security footage from cameras in the area to confirm Prapaphon’s statements. 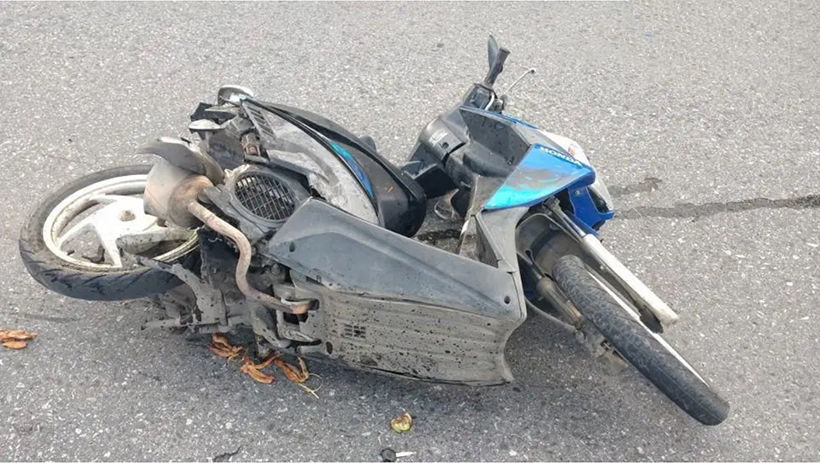