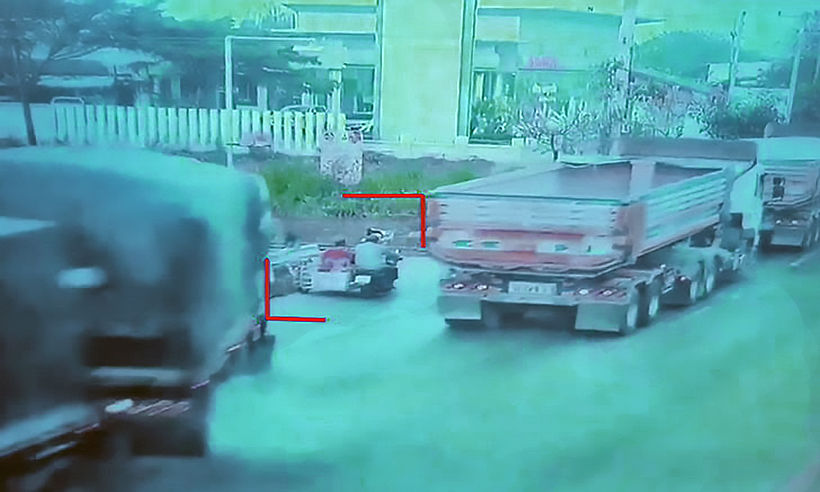 PHOTO: The victims in their vehicle seconds before the tragedy - Sanook

Two men were crushed to death when tractor-trailer truck overturned in Suphanburi province in central Thailand yesterday. Horrific CCTV footage showed the moment the truck, carrying animal feed, overturned, crushing the two, who were travelling on a motorcycle with a sidecar.

The deceased were identified as 64 year old Montha and 56 year old Phra Manop, a monk at the nearby Wat Nong Wan Priang temple. They were returning to the temple on Route 321 after the monk completed his alms.

The driver of the truck, 29 year old Chainarong, was taken to hospital.

Police and rescue services used two cranes to lift the overturned truck. Rescue services had the grisly job of removing the victims’ bodies, which had suffered horrendous injuries.

Sanook reports that Chainarong was trying to avoid a collision after another truck in front braked suddenly, but lost control, resulting in the deaths of the two victims. Local media say the location is an accident blackspot.

WARNING: This video may be disturbing to some viewers; discretion is advised.
Click HERE to watch the video of the incident.