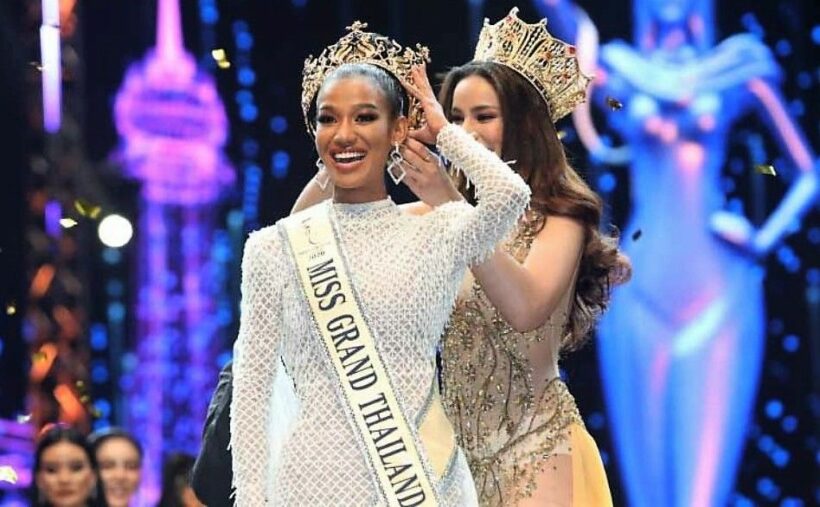 While being interviewed on stage on Saturday, the same day anti-government activists held a mass rally in Bangkok, the beauty queen, from the southern province of Ranong, voiced her support for the movement, taking aim at the current administration.

“With my heart, I choose the protesters. The people have the right to express their views on what is best for the country. If you call this country Thailand, we need a real democracy. And moreover, we need you to get out of the country.”

Her words prompted outrage from those in support of the government, with people taking to social media to attack Nam. Many resorted to crude, racist abuse, using words such as “negro” and “coal black”, to refer to her skin colour. Pale skin continues to be revered in Thailand, leading to deeply-ingrained prejudice against darker-skinned citizens.

The attacks have been condemned by Nam’s followers, who accuse her critics of being ill-informed. They’re also urging other pro-democracy supporters to boycott Thai celebrities who either continue to stand up for the government or don’t support the anti-government movement. Many say they have decided to unfollow their former idols because of their political views or their refusal to speak out. Thai K-pop singers are the latest in the firing line, with several hashtags calling for pro-democracy supporters to boycott the music stars.