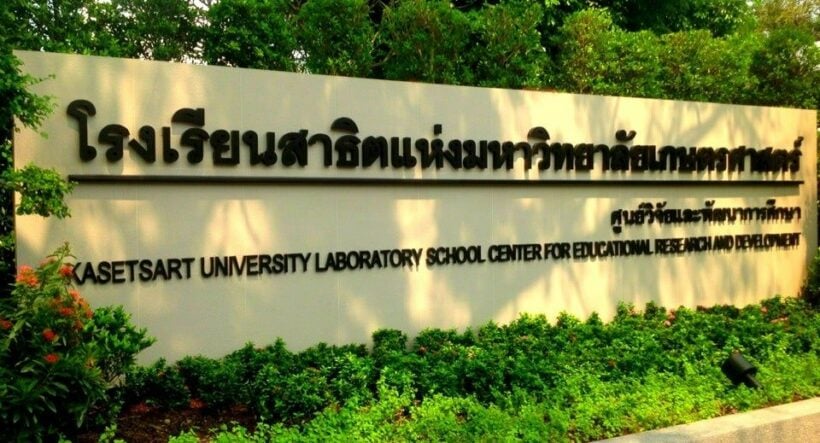 A school forming part of Bangkok’s Kasetsart University has banned students from using its name or logo in any political activities. Anti-government protests have been ramping up around the country since mid-July, with a large rally set to take place at Thammasat University in the capital on September 19 (although Thammasat officials have currently denied permission for the demonstration to take place on the grounds of the university).

The statement from the Kasetsart University Laboratory School Centre for Educational Research and Development comes as officials at Thammasat University say they have denied permission for the rally that is scheduled to take place at the Tha Phra Chan campus. Organiser Parit Chiwarak says it will go ahead regardless.

Meanwhile, Kasetsart officials claim that, while they fully respect the students’ right to express their opinions, the school’s neutral stance cannot be compromised, and for this reason, they cannot allow its name and logo to be used at any political events.

“Regarding the recent incident where the school’s name and logo appeared on news and social media during some political activities, the school would like to insist that it has always been committed to giving students the freedom to express their opinion. We will not influence the students’ thoughts to lean towards any particular side, and therefore we will not allow the use of the school’s name and logo for any political activities so as to preserve the neutrality of the school.”

Investigators deciding whether or not to pursue “Boss” charges